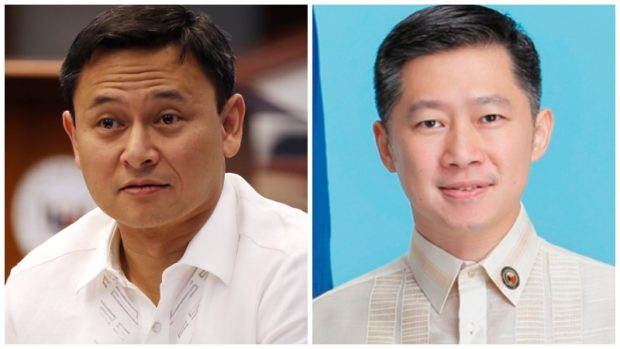 MANILA, Philippines — Members of the Senate and House of Representatives will seek to reconcile conflicting provisions in their respective versions of the 2022 budget bill and ratify the measure within the next two weeks as the bicameral conference committee holds its first meeting in Mandaluyong City on Monday.

But as per tradition, the job of reviewing and finalizing the General Appropriations Bill will be left to only two persons—Sen. Juan Edgardo Angara, the chair of the Senate finance committee, and ACT-CIS Rep. Eric Yap, his counterpart in the House appropriations panel.

The two will be appointed to constitute a “small bicam meeting” to negotiate with each other on behalf of their respective chambers and resolve differences in their respective versions of the budget measure, according to Senate Majority Leader Juan Miguel Zubiri, a member of the Senate contingent.

“The bicam meeting starts tomorrow morning and we will appoint a small bicam for a quicker discussion and disposition of the budget,” Zubiri told the Inquirer in a Viber message.

Zubiri said the small bicam would be composed of Angara and Yap only “by tradition, but the chair has the prerogative to add members.

The Senate leader said he was hoping that both Houses could ratify the budget by Wednesday, but that would fall on a religious holiday, the Feast of the Immaculate Conception.

“Perhaps we can ratify the budget by next week. Or we could do a special session on Thursday just to ratify if both Houses agree already with a bicam report,” he said.

In a message to the Inquirer, Angara said the two chambers would need to approve the bicameral conference report “by Wednesday next week at the latest since both houses of Congress will be adjourning until January.”

Once ratified, the bill shall be signed by the Senate President and the Speaker and transmitted to President Duterte for his signing.

The venue of the first bicameral meeting is the Garden Ballroom of Edsa Shangri-La, chosen because it is about halfway between the Senate offices in Pasay City and the House complex in Quezon City.

Unlike committee hearings and plenary deliberations, the bicameral budget conference is not open to the public, except for the opening and closing ceremony.

Angara’s office on Sunday said that just like last year’s bicameral conference, the staff would not be able to accommodate media at the venue because of strict health protocols.

Instead, the office will send short video clips and photos and try to arrange an interview with Angara.