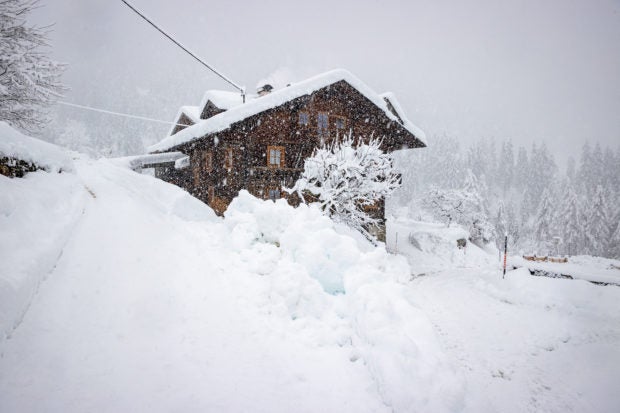 A house is seen in a landscape covered in snow in Kals am Grossglockner in East Tyrol on December 6, 2020. AFP FILE PHOTO

VIENNA — An avalanche in the Salzburg region killed three people and injured two while they were skiing off-piste, Austria’s Red Cross said Saturday.

Two of the victims were already dead when their bodies were recovered, while the third died after being airlifted to hospital in Klagenfurt.

The two injured skiers were taken to hospital in the town of Tamsweg.

The skiers caught in the avalanche were from a group from the regions of Salzburg and Upper Austria.

In recent years, an average of around 20 people a year have been killed annually by avalanches in Austria.

The last two seasons were less deadly as the coronavirus pandemic reduced the number of skiers overall.