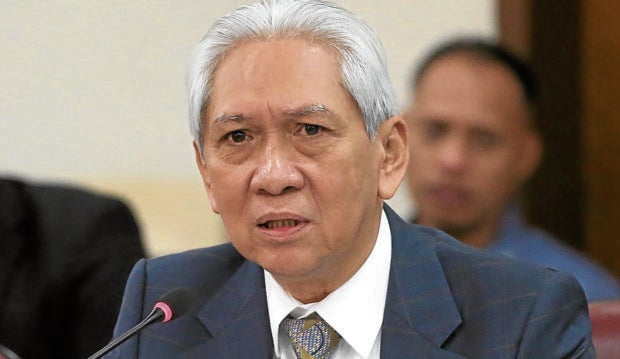 Cristina Palabay, secretary-general of Karapatan, stressed that the task force has continued to Red-tag the organization and its members or accuse them of having connections with communist rebels.

“For the past three years, the NTF-Elcac, led by its officials, has systematically and repeatedly engaged in Red-tagging Karapatan to make our human rights workers targets of counterinsurgency operations,” Palabay said in a statement.

On Dec. 4, 2020, Palabay filed the case at the Ombudsman against Hermogenes Esperon Jr., National Security Adviser and vice chair of NTF-Elcac; retired Lt. Gen. Antonio Parlade Jr., who was then commander of the military’s Southern Luzon Command; and Communications Undersecretary Lorraine Badoy.

Parlade and Badoy were spokespersons for the NTF-Elcac at that time.

Also included in the complaint was Undersecretary Margaux Uson of the Overseas Workers Welfare Administration.

Karapatan argued in its complaint that Red-tagging is a violation of Republic Act No. 9851, or the Philippine Act on Crimes Against International Humanitarian Law, Genocide, and Other Crimes Against Humanity.

The group also accused the government officials of violating RA 3019, or the Anti-Graft and Corrupt Practices Act.

“Far from being mere statements, Red-tagging is a policy of the NTF-Elcac, one which has proven to be deadly,” Palabay said.

“[A] year since we filed our complaints, Esperon, Badoy, Parlade and Uson are yet to be held to account for inciting human rights violations and even war crimes for their Red-tagging as they continue to do so with impunity,” Palabay added.

Ibon Foundation was the first to file a Red-tagging complaint in February 2020 before the Ombudsman while the Alliance of Health Workers asked the Ombudsman and the Civil Service Commission to probe Badoy for Red-tagging.

Palabay also renewed Karapatan’s stance to have the NTF-Elcac abolished, noting that the task force officials have to be made “accountable for their Red-tagging and crimes against the people.”

She explained that the task force had already become a “weapon” of the Duterte administration since its formation in 2017.

“Far from achieving peace, it has become a means for the government to unleash war and violence upon its own citizens, especially who work for the defense of people’s rights,” she said.