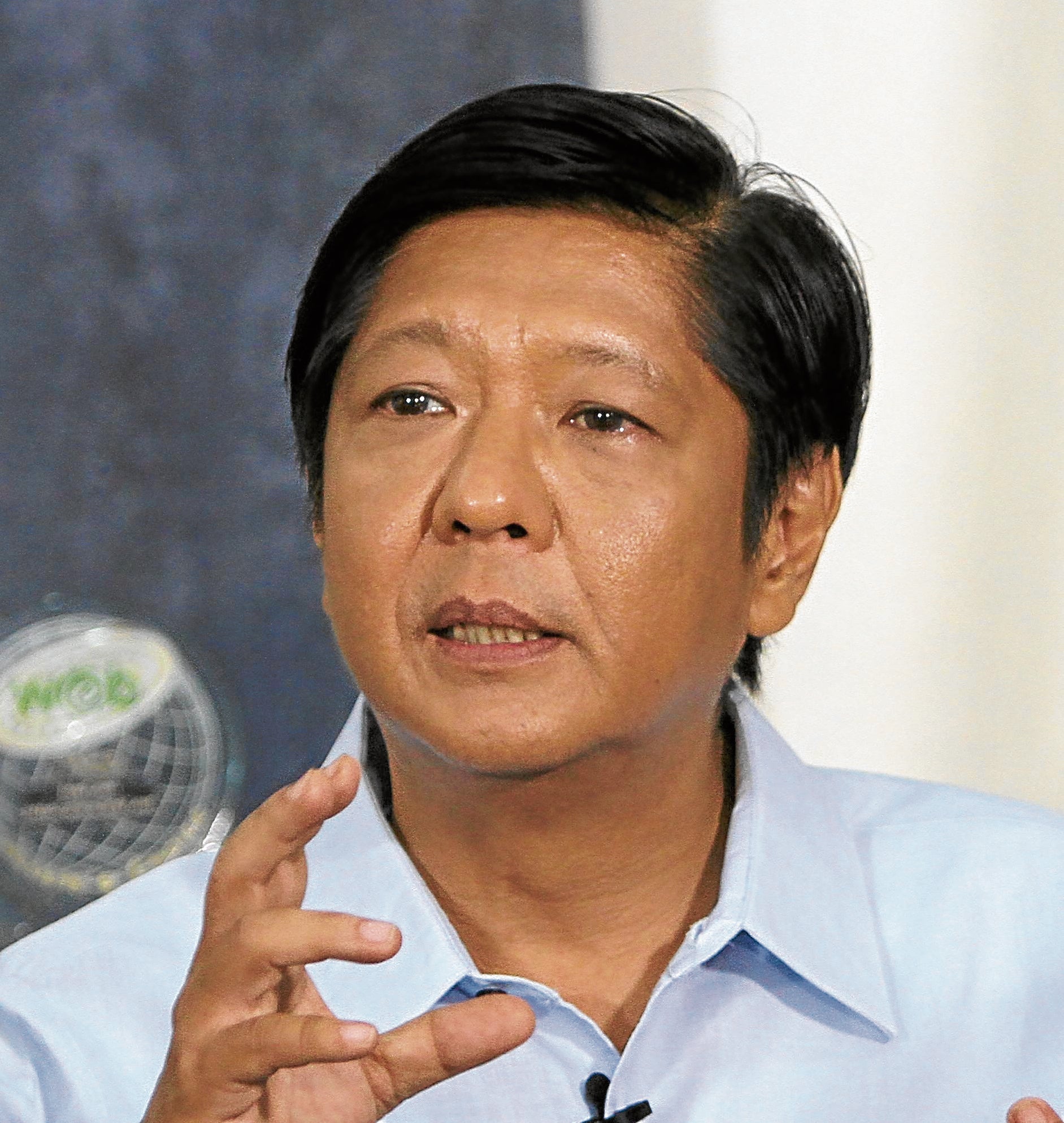 There’s another legal stumbling block to Ferdinand “Bongbong” Marcos Jr.’s candidacy for president in the May 2022 elections.

The former senator has apparently failed to comply with the ruling of a Quezon City Regional Trial Court (RTC) that found him guilty of tax evasion in 1995, according to a document obtained by a group of petitioners challenging his presidential run.

In a single-page certification, Quezon City RTC Branch 105 officer in charge Rowena Sto. Tomas Bacud said there was no record in the court’s possession showing that Marcos had satisfied its order for him to settle his tax deficiencies and pay the appropriate fine as punishment.

Bacud also said the court had no record regarding the “entry in the criminal docket” of its ruling and the subsequent decision of the Court of Appeals (CA) that affirmed with modification Marcos’ conviction.

The certification was issued on Thursday on the request of the lawyers, led by former Supreme Court spokesperson Theodore Te, of a group of petitioners. Marcos had previously claimed compliance with his court sentence.

His spokesperson Victor Rodriguez reiterated as much on Friday, saying: “We have complied and we are very confident with our answer as submitted [to the Commission on Elections, or Comelec].”

Asked if Marcos had paid the deficiency income tax aside from the fines imposed, Rodriguez said he knew the answer but would not say it because the petitioners should have done due diligence themselves.

He said he would not supply them with the missing facts needed for their petition.

On July 27,1995, the Quezon City RTC issued a guilty verdict for Marcos nonpayment of taxes and failure to file income tax returns from 1982 to 1985 when he was vice governor and, later, governor of Ilocos Norte.

The CA upheld the ruling in 1997, but saved the son and namesake of the late dictator from doing time in prison for up to six years.

Marcos filed an appeal at the Supreme Court and withdrew it in 2001, making the CA decision final and executory.

Te on Friday said the court document showed that Marcos had been evading his sentence and that he had repeatedly falsified his eligibility when he ran for elective office.

“The certification simply cements what we have already said in the petition. The respondent has been convicted and the sentence remains unserved,” Te said in a statement.

“He remains ineligible because the penalty imposed by the NIRC, as modified by the CA, and the automatic result of a conviction under the NIRC … which is perpetual absolute disqualification, remains,” he said, referring to the National Internal Revenue Code.

It also proved Marcos’ “intent to deceive the electorate and not to abide by the laws he aspires to execute,” Te added.

The certification supported the earlier suspicion of retired Supreme Court Senior Associate Justice Antonio Carpio that Marcos had yet to fulfill his obligation to pay his tax delinquencies as the court had directed him.

Sought for comment on Friday, Carpio said the court certification would further buttress the petitioners’ claim that Marcos should be disqualified from running for president due to his conviction of tax evasion.

“If he cannot present receipt or proof of payment, then he lied again,” Carpio told the Inquirer. Asked if it was possible that Marcos had complied with the court’s order but the documents were just not in its possession, Carpio said: “That’s possible, but highly unlikely.”

“And if he paid the deficiency income tax and fine, he should present the receipt,” the retired justice said. Carpio also said Marcos “already admitted” that he had not settled his tax deficiency because, as he raised in his answer to the petition of Task Force Detainees of the Philippines (TFDP) et al., the court order did not state the amount he had to pay.

The RTC certification was issued on the day two more petitions opposing Marcos’ candidacy were filed at the Comelec, bringing the number of such pleadings to seven.

One of the latest petitions was brought by the supposed original officers and members of Marcos’ adopted party, Partido Federal ng Pilipinas (PFP), that questioned his membership and his nomination as its standard-bearer.

Rodriguez scoffed at the allegations of National Commission on Muslim Filipinos Commissioner Abubakar Mangelen, who claimed to be the true PFP chair, regarding Marcos.

“It’s a rather belated act by someone who would love to ride on to what is happening now with all the petitions being filed” against Marcos, he said, adding:

“I do not know where this guy is coming from but when you look at the allegations contained in the petition, [they’re] all the same.”

In response to the petition earlier filed by TFDP and other groups representing victims of rights violations during martial law, Marcos argued that he had all the qualifications of a president and had previously been elected to government positions, including provincial governor, district representative and senator.

His response carried a prayer for face-to-face arguments.

In a seven-page answer that his lawyers led by Estelito Mendoza filed on Nov. 19, Marcos argued that the petition lodged against him by a group of martial law survivors should be dismissed for being “bereft of any allegation” that would warrant his disqualification under the Omnibus Election Code.

He also told the Comelec that he was previously elected as governor, district representative and senator.

He also insisted that his conviction for tax evasion was not tantamount to committing a crime involving “moral turpitude” as claimed by the petitioners.

With reports from Leila B. Salaverria and Tina G. Santos