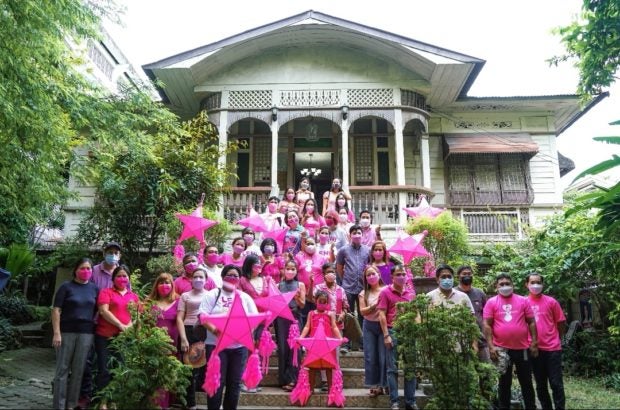 TAGBILARAN CITY––The Bohol for Leni Robredo People’s Council opened Wednesday its volunteer center on the ground floor of the Balili Heritage House in this city.

Members of Bohol for Leni, composed of 23 sectoral groups and 38 city/municipal associations, gathered to affirm the coalition’s commitment to supporting the candidacies of Robredo and Pangilinan for president and vice president.

Joan Llanos, of Atbang’s Bolhigh for Leni and the co-lead coordinator of the Bohol for Leni Ground Organizing Committee, expressed optimism at the campaign’s growing number of supporters among Boholanos.

Bohol for Leni is just one of the many grassroots networks joining the Robredo-Pangilinan people’s campaign, where volunteers share their time, talents, and resources, embodying ‘radical love’, active citizenship, transparency, accountability, and other kakampink values inspired by Robredo’s servant-leadership.

Bohol for Leni has been active since before the Robredo-Pangilinan tandem declared their candidacies and was launched Aug. 29 to join the nationwide call for the former to run for the presidency.

Since then, Bohol for Leni has participated in nationwide Robredo-Pangilinan parallel campaign activities, such as the Pink Caravan in October, and most recently, National Lugaw Day on Nov. 20, where volunteers serve steaming bowls of “lugaw” and/or “binignit,” connected with 36 communities in 29 municipalities (including Tagbilaran City).

Local initiatives of Bohol for Leni’s many volunteer groups include regular “palugaw,” “bayanihan,” and other #HelpLikeLeni events, community murals, community conversations, and other active citizenship initiatives.

Along with the inauguration of the Volunteer Center, Bohol for Leni is also revving for Pink Pasko, a nationwide initiative that hopes to manifest the spirit of Christmas in all its community actions and bring the message that Filipino lives will sparkle with Leni and Kiko leading.