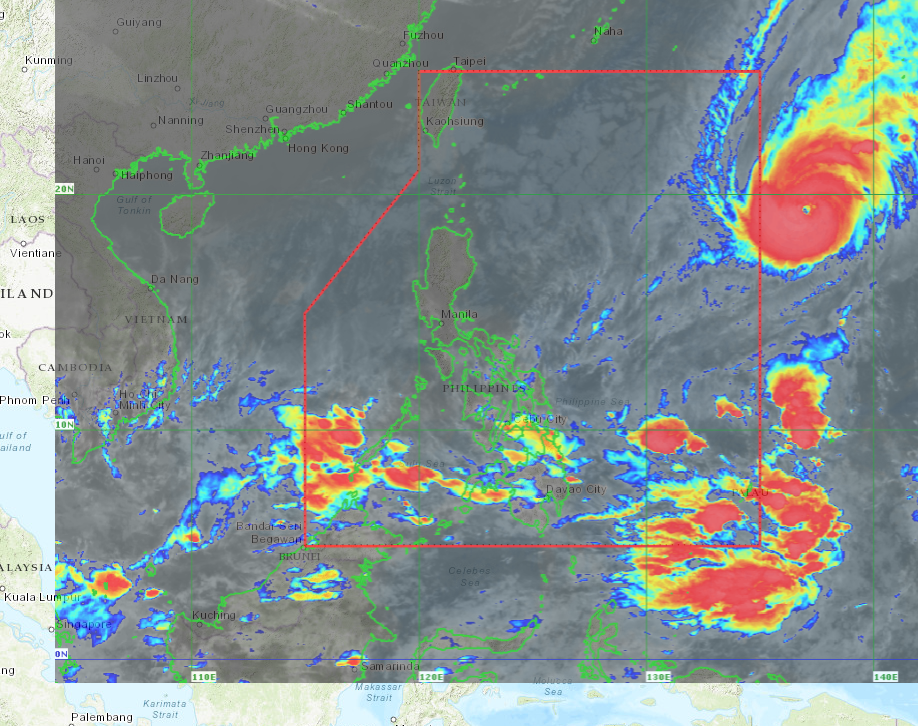 Severe Tropical Storm “Nyatoh” has intensified into a typhoon on Thursday but is no longer expected to enter the Philippine area of responsibility (PAR), according to the state weather bureau.

Typhoon Nyatoh reached its current category at 2 a.m. on Thursday, according to the Philippine Atmospheric, Geophysical and Astronomical Services Administration (Pagasa).

Pagasa said the typhoon had been moving in a northward direction at 10 kilometers per hour. It was last spotted at 1,450 km east of Central Luzon, which means it was still outside the PAR.

“It is possible until tomorrow (Friday) morning that the typhoon may reach 140 kph, being its highest maximum sustained winds,” Pagasa weather specialist Sheila Reyes told the Inquirer in a phone interview.

But such predicted intensity will likely be “short-lived,” according to the Pagasa advisory.

According to Pagasa’s final forecast advisory released at 11 a.m. on Thursday, Nyatoh was packing 130 kph of maximum sustained winds near the center while its gustiness was up to 160 kph.

Rains in some regions

However, it was forecast to move generally away from the PAR to a northeastward direction beginning Thursday night until Saturday, Pagasa stated.

By Saturday, the typhoon is also expected to begin decelerating due to its circulation likely turning south to southwest beginning late Saturday or early Sunday.

The typhoon “is forecast to degenerate into a remnant extratropical low late Sunday or early Monday,” the weather bureau also said.

Despite being outside the PAR, Reyes said Nyatoh was still expected to bring little to heavy rains in Bicol and Eastern Visayas regions.

“Possible that by tomorrow (Friday), there will also be rains in some areas of Mindanao,” she said.