‘Amihan’ to bring cooler weather to Luzon on Friday – Pagasa 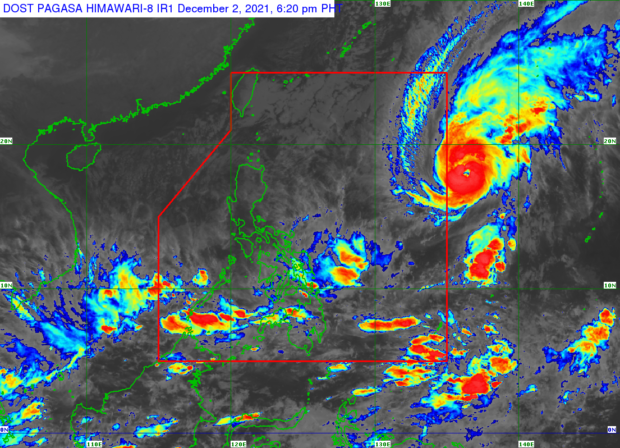 MANILA, Philippines — Cooler weather will prevail over Luzon on Friday due to the effects of the northeast monsoon, locally known as “amihan,” said the Philippine Atmospheric, Geophysical and Astronomical Services Administration (Pagasa).

(We expect slightly cooler weather conditions here in the Luzon area, still due to the northeast monsoon we are experiencing.)

However, due to “amihan,” light rains are forecast to affect northern Luzon, specifically the eastern section of Cagayan Valley, Aurora and Quezon province.

(Metro Manila and the rest of Luzon will have generally fair conditions aside from light rains over the Cordilleras, Central Luzon, Mimaropa, including the Bicol Region and Calabarzon area.)

Isolated thunderstorms, meanwhile, are expected to form in the Palawan area.

On the other hand, the Visayas and entire Mindanao will have generally fair weather, with chances of isolated rain showers due to localized thunderstorms.

Meanwhile, the typhoon, internationally named “Nyatoh,” currently being monitored outside the Philippine area of responsibility (PAR), was last located 1,495 kilometers (km) east of northern Luzon with maximum wind speeds of 140 km per hour (kph) and gusts of up to 170 kph, as of 3 p.m.

It continues to traverse the borders of PAR, moving at 15 kph northward, said Ordinario.

The temperature range in key cities/areas according to Pagasa for Friday: