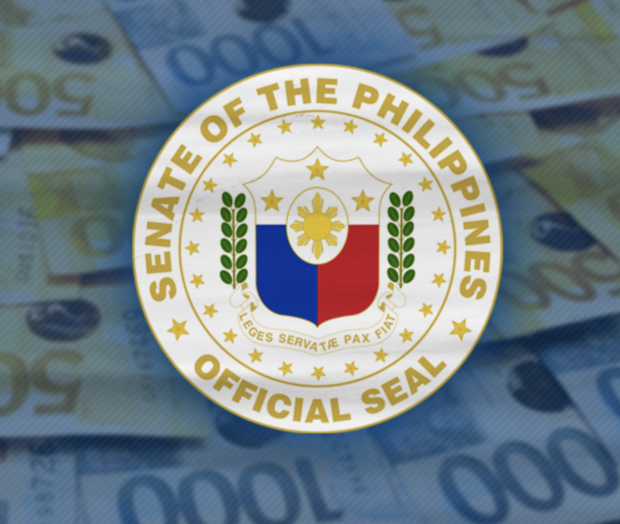 Official seal of the Senate. Graphics by Ed Lustan

MANILA, Philippines — Allocations to local government units (ALGU) and other budgets of government agencies got substantial cuts by senators as they prioritized funding for health and education sectors.

On Wednesday, the Senate unanimously approved the proposed P5.024-trillion budget for 2022.

DPWH’s budget was down to P672.9 billion in the Senate from P698.1 billion approved by the lower chamber. This means that the department suffered a P25.2B cut from senators, according to a document obtained by  INQUIRER.net.

Notably, the agency’s budget for the Office of the Secretary was also cut by P20.2 billion from P94.7 billion to P74.4 billion.

ALGU, meanwhile, dropped from P87.8 billion to P56.2 billion, as the upper chamber slashed the House-approved budget by P31.5 billion.

According to the document, the Local Government Support Fund under  ALGU was only given P16.4 billion, or a reduction of P32.2 billion, from the lower chamber’s approved P48.6 billion.

The Senate also slashed the Miscellaneous and Benefit Fund by P6.4 billion as it approved P27.7 billion next year, lower than the P34.1 billion budget given by the lower chamber.

The Contingent Fund was likewise reduced to P7.5 billion in the Senate, slashing the House approved P13 billion by P5.5 billion.

As the country continues to battle the deadly COVID-19 pandemic, the Senate augmented the budgets for the health and education sectors.

The “lion’s share” of the 2022 budget would still go to the education sector, Senator Sonny Angara earlier said.

From P590.138 billion in the House, the  Senate further raised the budget of the Department of Education to P596.881B or an increase of P6.7 billion.

Next year’s allocation for state universities and colleges was also augmented in the upper chamber by P26.5 billion, from P71.7B to P98.2B.

Among the agencies that received budget increases from the Senate include the Department of Agriculture,  Department of National Defense, Department of Trade and Finance, the Judiciary and the Office of the Ombudsman.

The Senate and the House have  yet to meet in a bicameral conference to reconcile their differences on the budget bill.