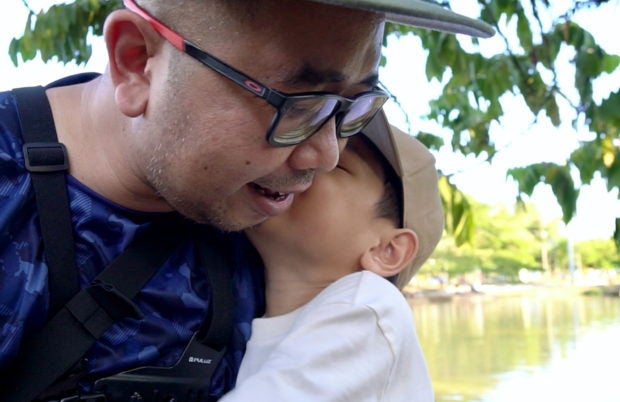 JOHOR BAHRU, Malaysia — Before the coronavirus pandemic, Mohammad Faris Abdullah’s daily commute between his home in Malaysia and his job in Singapore took just 30 minutes.

But when the countries’ borders shut without warning in March 2020, the 37-year-old food delivery driver was left stranded and homeless in the city-state. Almost two years later, an easing of restrictions this week finally allowed him to see his family again.

“It is like you have been locked up in the prison… then you finally get to see your son and family,” said Mohammad Faris, speaking from Singapore before heading to Malaysia’s southernmost border city, Johor Bahru.

He was one among tens of thousands in both countries left stranded by the closure of one of the world’s busiest land borders, separated from families and fearing for their jobs.

His son was four when Mohammad Faris last saw him.

“I was surprised. He is very tall and his shoes are also big,” he said, during an emotional reunion with the now six-year-old.

“I have to spend more time to understand him better,” Mohammad Faris said, expressing regret over the time spent apart.

The father, who was forced to sleep in his car near a beach in Singapore for six months before moving in with his brother, said he made friends with others who were stranded like him.

Despite cross-border land and air travel resuming for vaccinated citizens this week, returning to his home just across the border was still not straightforward.

As a Singaporean, Mohammad Faris was not eligible to use the land crossing into Malaysia, currently restricted to citizens with long-term passes in both countries.

Instead, he had to fly around 350 km (220 miles) to Malaysia’s capital Kuala Lumpur, before driving a similar distance back down the peninsula to see his family.

Malaysia and Singapore aim to open the land border to all travelers from mid-December, but there are concerns the plan could be postponed due to the Omicron coronavirus variant.