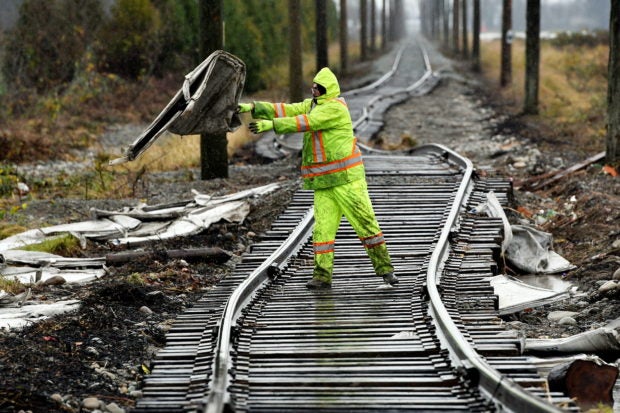 Canadian National Railway Co said on Wednesday that it was aiming to re-open its track in the crucial Kamloops-to-Vancouver corridor in the flood-hit province of British Columbia this weekend.

The Pacific province, trying to rebuild after devastating floods in November, received more rain over the weekend and this week.

CN operates one of the two critical rail lines in British Columbia that were forced to shut due to flooding and mudslides caused by heavy rains.

CN, which restarted limited service in the region last week, has now diverted some traffic from the corridor to the Port of Prince Rupert, while moving some of its trains on other available rail lines in the region, the company said in a statement.