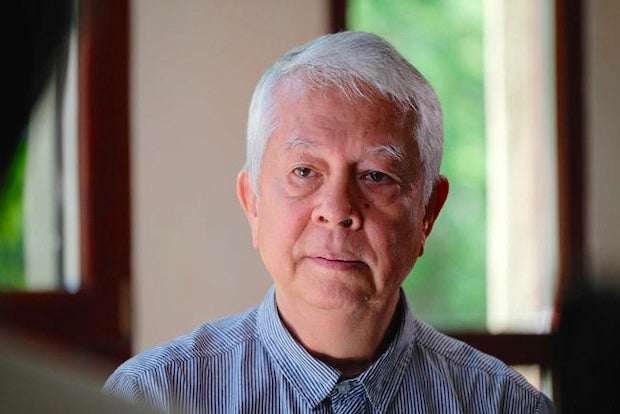 MANILA, Philippines — A group opposing mandatory vaccination is set to bring charges against the government for allegedly forcing Filipinos to get jabbed against COVID-19 and imposing policies discriminatory to those who refuse to do so.

In a phone interview on Wednesday, Nicanor Perlas, head of COVID-19 Call to Humanity (CCH), said a legal team was finalizing the “series of lawsuits we have been preparing for a month.” He did not disclose details but said the suits would be filed “as soon as possible.”

He said victims of all forms of vaccine coercion, vaccine-injured persons, and those who lost a relative that had received at least one jab were among the plaintiffs.

The lawsuits are in response to the government’s inaction to the “cease and desist” document and notice of liability to stop “mindless lockdowns and forced mass vaccinations.”

The 86-page dossier was submitted in October to the Office of the President and other government agencies, as well as hundreds of local government units (LGUs). According to Perlas, the Department of Health responded that it would maintain the status quo.

“The general response was it’s business as usual, and they basically ignored it, so we will be filing lawsuits after exhausting administrative remedies,” he said.

In response, the DOH on Wednesday said it was standing with the medical community in reiterating the safety and efficacy of COVID-19 vaccines.

“All information about the vaccines has been made transparent and open to the public. Before being approved for emergency use, these vaccines have been properly tested to ensure hat the benefits of the vaccination far outweigh any risk,’’ Dr. Beverly Ho, concurrent director IV of the Health Promotion Bureau and the Disease Prevention and Control Bureau.

She said that from March to November, 93 percent of COVID-19 deaths in the Philippines were unvaccinated Filipinos.

Cabinet Secretary and acting presidential spokesperson Karlo Nograles said on Wednesday that the Inter-Agency Task Force for the Management of Emerging Infectious Diseases ( IATF) had yet to decide on whether to impose mandatory vaccination.

“We will need a law on that,” Nograles, who is IATF cochair, told ANC. “We in the IATF, we continue to discuss it. We also don’t want to preempt Congress.”

Perlas and the CCH are mainly opposing the IATF’s Resolution No. 148-B which, among its “dangerous” provisions, compels employers to require all on-site workers to be fully vaccinated, strongly enjoins local governments to ramp up demand for vaccination, and prioritizes fully inoculated persons for services from both government and public and private establishments.

“What is happening is there is discrimination between vaccinated and unvaccinated individuals, which is unconstitutional,” said Perlas, a sustainable development advocate who made an unsuccessful run for the presidency in 2010.

It’s OK to be vaccinated, but the government should not coerce people “and create conditions that will force them to get vaccinated,” he said.

Per the CCH, the resolution contradicts Republic Act No. 11525 (or the Covid-19 Vaccination Program Act of 2021), which states that Covid-19 vaccination shall not be considered an additional mandatory requirement for educational, employment and other government-transaction purposes.

Perlas said the CCH had “more than 100,000” supporters composed of doctors, lawyers, researchers, workers from the private and public sectors, businesspersons and lay leaders.

He said that since the CCH’s inception, it had been receiving “almost 50 complaints” daily from Filipinos forced to get jabbed against Covid-19—from government employees to impoverished beneficiaries of government programs.

“Forced vaccination is rape of our body, soul and spirit,” Perlas said, quoting from the CCH statement.

“We insist on free and informed choice that is based on full disclosure of the adverse effects of Covid-19 vaccines, and our constitutionally protected human right to choose what kind of drugs and vaccines will be injected into our bodies,” he said.

Interior Secretary Año earlier said that in the absence of a law requiring COVID -19 vaccination, LGUs could, through Section 16 of the Local Government Code, issue executive orders and ordinances that will protect their constituents.

Perlas said such “executive orders and ordinances” would be challenged by CCH members in their respective localities.

“Yes, that is the only way for everyone to get vaccinated. You know the directive of the President that no one should be left behind. So everybody should get vaccinated,” she said.

President Duterte on Monday said he might approve a recommendation for mandatory vaccination should the IATF make it.

He said he could invoke powers to implement measures to protect public health even in the absence of a law, adding that he would not sit idly while unvaccinated persons get sick with COVID-19 and infect others.

Defense Secretary Delfin Lorenzana is all for making COVID-19 jabs mandatory, and is proposing restrictions for the unvaccinated.

“Everyone should contribute to the health of the community, Lorenzana, who chairs the National Task Force Against COVID-19, said in a message to reporters.

He said the unvaccinated were “vulnerable [to] getting the virus and getting seriously sick,” and would “not only burden the state [with] their hospitalization but also spread the virus around.”

Lorenzana said unvaccinated persons could be barred from traveling or entering public places such as malls, restaurants or stadiums unless they produce a negative result of a reverse transcription polymerase chain reaction (RT-PCR) test taken within 72 hours.

Or, he said, unvaccinated workers could take weekly RT-PCR tests at their own expense so they could report for work.

—WITH REPORTS FROM JEANNETTE I. ANDRADE AND TINA G. SANTOS