Amihan to bring rain to parts of Luzon on Thursday – Pagasa 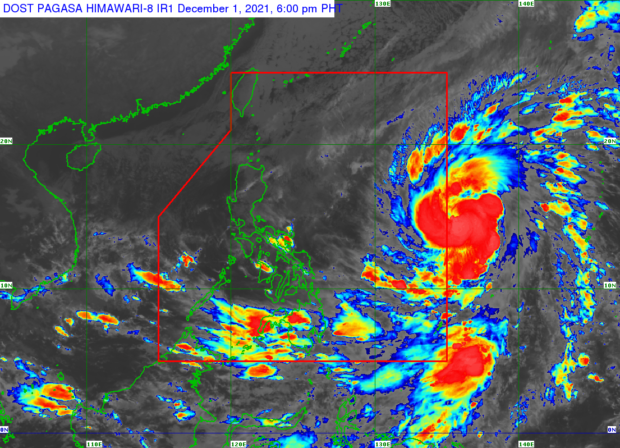 (While in Metro Manila and the rest of Luzon, the weather will generally be clear tomorrow with the possibility of rains.

Eastern Visayas will also experience cloudier skies with rain, while the rest of the Visayas and the entire Mindanao will have generally fair weather, with hot and humid conditions in the morning and rain showers caused by localized thunderstorms in the afternoon and evening.

Meanwhile, the severe tropical storm, internationally named “Nyatoh,” currently being monitored outside the Philippine area of responsibility (PAR), was last located 1,375 kilometers (km) east of Southern Luzon with max wind speeds of 110 km per hour (kph) and gusts of up to 135 kph.

Clauren said that the possibility of Nyatoh entering PAR is low but because it is located in the boundary, she warned that it might still enter within the next 24 hours.

(But when it enters PAR, we expect it to leave our area of responsibility immediately.)

The temperature range in key cities/areas according to Pagasa for Thursday:

Moderate to rough seas are then expected in the rest of the country’s surrounding waters and inland seas.