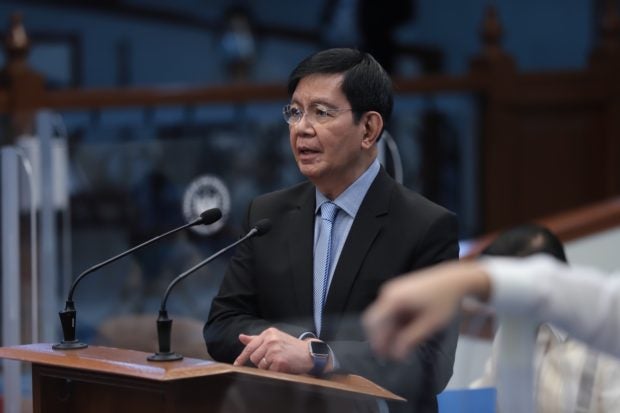 “Removing them from society is almost like suffering the death penalty,” Lacson, a former national police chief, said of the proposed high-security facility for hardened criminals.

The Alcatraz Island penitentiary in San Francisco Bay was used as a federal prison for three decades from the 1930s to the early 1960s, but has since been repurposed as one of the most popular tourist sites in the United States.

Lacson said drug lords and other high-profile convicts could be held in a similar jail, possibly in the West Philippine Sea, that would be designed like a fortress without the luxuries that wealthy inmates usually enjoy at the National Penitentiary in Muntinlupa City.

Lacson and Sotto explained the idea at a Saturday news conference before a scheduled interaction with San Rafael residents as part of a wider plan to reform the country’s jail and penology system.

The two senators, both longtime advocates of capital punishment, declared earlier this month that their thinking on the death penalty had evolved profoundly.

Lacson withdrew a death penalty measure at the Senate after concluding that “prevention, rehabilitation and correction” was the better approach to end criminality.