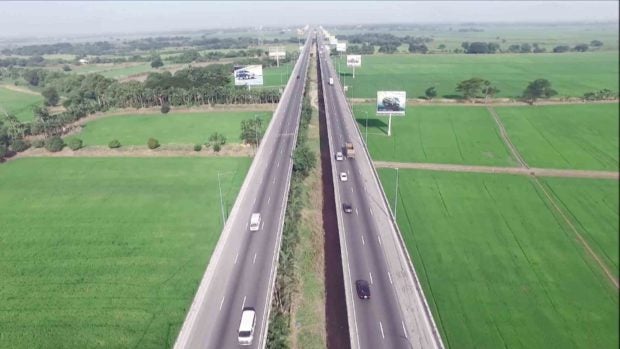 The Candaba viaduct along the North Luzon Expressway (PHOTO COURTESY OF NLEX CORP.)

Toll lanes in Meycauayan, Bocaue, Balagtas, Tabang, Sta. Rita in Bulacan and San Fernando, and Angeles in Pampanga will be furnished with the new early detection system starting next month.

The upgrades, aimed at further improving customer experience, will bring the total number of NLEX and Subic Clark Tarlac Expressway (SCTEX) lanes with the ALPR system to 95 and with early detection feature to 217.

Toll lanes in SCTEX Tarlac have also been equipped with the said system.

With this, enhanced RFID scanners can detect up to three vehicles in advance and promptly process the toll lane transactions, Bautista added.

The tollway company has earlier completed the installation of RFID early detection features in 188 toll lanes. It is continuously conducting comprehensive technical audit on its toll lanes to ensure system efficiency.

Bautista said the ALPR system is also useful in improving safety and enforcing traffic laws as it aids in identifying vehicles passing the RFID lanes without RFID stickers, as well as those with insufficient balance, and vehicles that may pose safety hazards.

Additionally, the data from the ALPR will be used in the future as part of the contactless apprehension policy which NLEX and the Land Transportation Office (LTO) are currently working on.

“Technology keeps on evolving and it is imperative to stay up-to-date and relevant. We continue to innovate and invest in technological advancements as these help us provide paramount service to our motorists,” Bautista added.