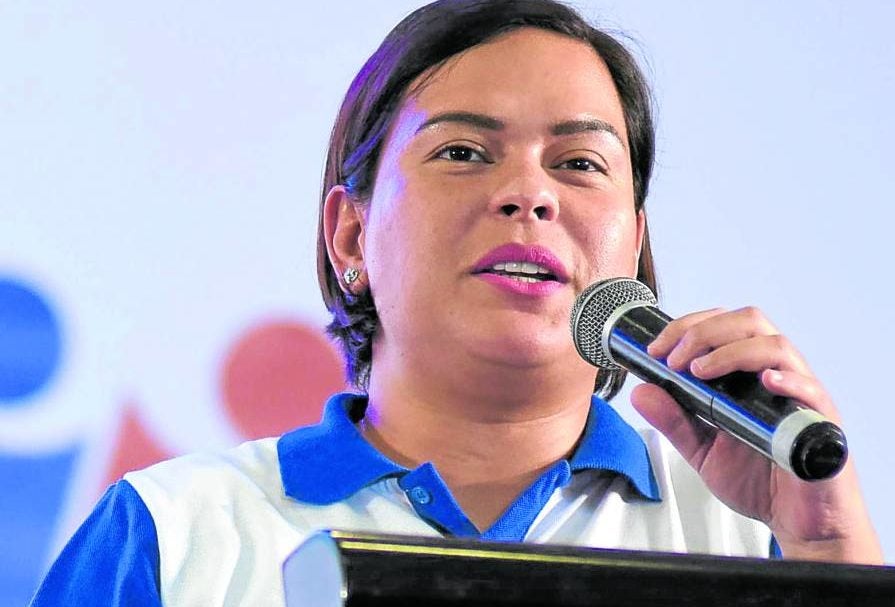 In a speech at the Parklane Hotel in Cebu City, Duterte said there should be “no Sara only nor a Bongbong Marcos only in the choices.”

“It should be both as she could not work well with other presidents,” she said.

Duterte, who is running for vice president, said she wants a president who will tell her that projects can be done immediately and not someone who will just say otherwise.

“It is important for me as a vice presidential candidate that my running mate has experience in executive work, whether it be barangay captain, mayor or governor, because they are the ones that have the experience in decision-making,” she said.

Duterte made the appeal at the Central Visayas regional general assembly of the League of Municipalities of the Philippines. Both candidates were allowed to speak during the conference.

“I am shy in making requests for myself but I am already standing here in front of you, so I will no longer let this opportunity pass,” said Duterte, the daughter of President Duterte.

“My request and our request is to vote straight Bongbong-Sara,” she added.

The appearance of the tandem in Cebu was also seen as a pitch for the support of One Cebu, the largest political party in the province with its 3.2 million voters.

Gov. Gwendolyn Garcia, head of One Cebu party, said all presidential candidates were being considered and that members of the party need to make sure they would have a unified stance on the matter.

“It is in our unity that, I guess, we are gaining strength. We must consolidate to keep that strength,” she said in a recent interview.

Among the vice presidential aspirants, Garcia said Duterte had the edge because her daughter, Liloan Mayor Christina Frasco, is Duterte’s spokesperson.

One Cebu was credited for helping Duterte win in Cebu province over former Interior Secretary Mar Roxas in the 2016 polls.

Apart from the President, former Presidents Gloria Macapagal Arroyo and Benigno Aquino III also won in Cebu in 2004 and 2010, respectively.