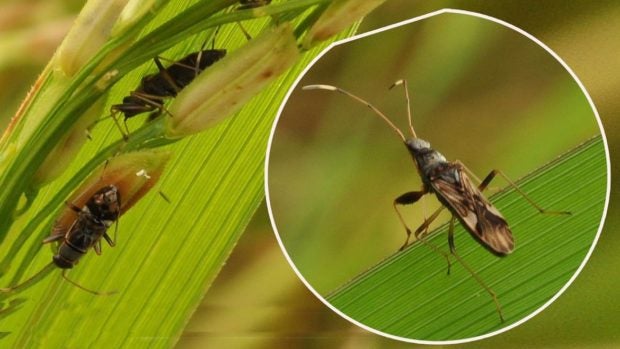 TUGUEGARAO CITY––Farms in at least 14 areas in Cagayan Valley have been affected by rice black bugs locally known as “itim na atangya,” an official of the Department of Agriculture said Friday, Nov. 26.

The sap-feeding pests were also seen in Diffun and Cabarroguis towns in Quirino province and Solano in Nueva Vizcaya.

Aquino said they expected the damage to be minimal since most farmers were still preparing their farms for the next cropping season.

The pests are known to attack rice plants at all stages of growth but are most destructive during the tillering and ripening stages.

The Isabela government formed an inter-agency task force to plan and impose protocols to assist the affected farmers. INQ