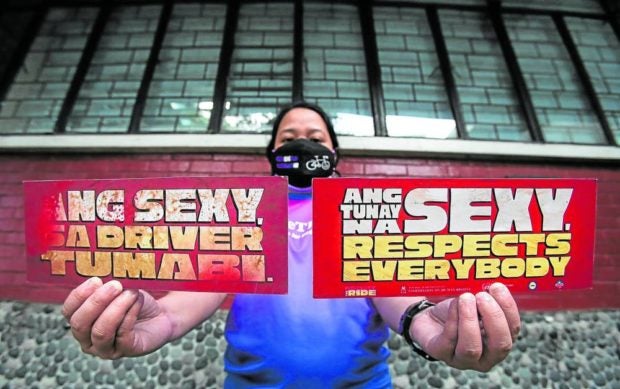 RESPECT IS SEXY What a difference positive, nonsexist messaging makes on jeepneys, as shown by Karen Bantang of the Commission on Human Rights’ Gender Equality and Women’s Human Rights Center. The “Right to Ride” campaign for safe spaces was launched during the International Day for the Elimination of Violence Against Women on Nov. 25. —LYN RILLON

MANILA, Philippines — All those self-proclaimed “macho Pinoy lovers” among jeepney drivers are called upon to shape up.

To mark the International Day for the Elimination of Violence against Women, and in recognition of the “rampant sexism and misogyny” in public spaces, the Commission on Human Rights (CHR) on Thursday called for the full and effective implementation of Republic Act No. 11313 (the Safe Spaces, or “Bawal Bastos” Act), particularly in the transport sector.

CHR Commissioner Karen Gomez-Dumpit stressed the need for jeepney operators and drivers to drop the toxic messaging in public utility vehicles that had long been disrespecting women.

“We know that the jeep is an icon in Philippine transportation, but there are many sexist and misogynistic messages found in it,” Gomez-Dumpit said in Filipino.

She was referring to colorful signboards and illustrations carried by many traditional jeepneys on the road, which serve to encourage gender-based sexual harassment, discrimination and machismo disguised as jokes and humorous Filipino sayings. 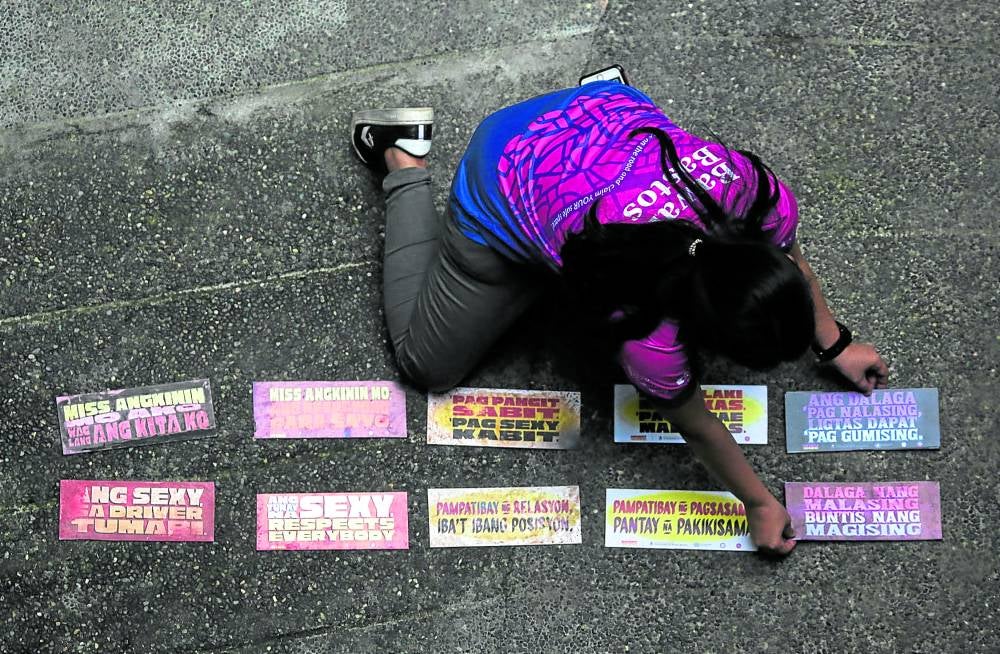 NOT FUNNY Samples of sexist zingers displayed supposedly as a source of amusement in some passenger jeepneys are shown and contrasted with their positive, respectful versions during Thursday’s program at the Commission on Human Rights to mark the International Day for the Elimination of Violence Against Women. —LYN RILLON

The CHR launched its “Safe Spaces Now: Right the Ride Campaign” as part of its contribution to the drive to end violence against women.

For this campaign, the commission tapped the National Confederation of Transport Unions and the Mandaluyong Alliance Transport Service Cooperative to encourage jeepney drivers to get rid of the sexist and misogynistic signboards in their units.

The transport groups expressed their commitment to encourage their members to replace these signboards with empowering messages that call for respect for all.

Members of the transport groups joined Gomez-Dumpit on Thursday in a jeepney ride from Mandaluyong City to the CHR headquarters in Quezon City carrying examples of signboards urging young women to claim the respect due them and calling for strong and equal relationships, such as:

Gomez-Dumpit said efforts were being made to transform sexist signages into positive messages to help “right the ride.”

“More than transforming our jeepneys, and riding the jeep for more than 20 kilometers from Mandaluyong to the [CHR office], what we really want to achieve is a collective undertaking toward the fulfillment of the promise of the Safe Spaces Act,” she said.

The Safe Spaces or “Bawal Bastos” Act, which was signed into law on April 17, 2019, penalizes all forms of gender-based sexual harassment in streets, public spaces, online, workplaces, and educational and training institutions.

“We reiterate our call for the elimination of all forms of violence especially against women human rights defenders, women who have the courage to continue to fight for human rights despite constrictive civil society spaces,” Gomez-Dumpit said.