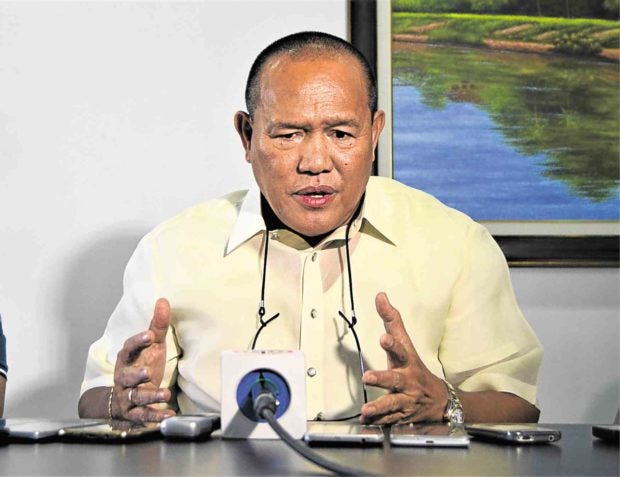 CAGAYAN DE ORO CITY—The anti-graft court has recently ruled that it would proceed with the trial of a host of cases against outgoing Cagayan de Oro City Mayor Oscar Moreno for alleged wrongdoings when he was still governor of Misamis Oriental province.

The same allegations were the subject of various administrative charges against Moreno which were trashed by the Court of Appeals (CA) more than two years ago.

According to lawyer Dale Bryan Mordeno, Moreno’s legal counsel, the Second Division of the Sandiganbayan thumbed down their motion to dismiss the cases due to insufficient evidence.

The criminal cases stemmed from a complaint filed against Moreno in 2016 for ordering heavy equipment rental amounting to about P15 million from 2007 to 2012 in relation to road repair works in the province.

The complainant, Engr. Antonio Nuñez, alleged that Moreno and members of the provincial bids and awards committee (PBAC) committed irregularities by approving the rental of heavy equipment through the negotiated and small-value procurement modes which, the Ombudsman said, was a violation of Republic Act 9184 or the Government Procurement Reform Act.

Moreno and Pacuribot have been charged with 16 counts of violating the Anti-Graft and Corrupt Practices Act and falsifying public documents. Guibone, meanwhile, was co-accused in one of the anti-graft cases.

Mordeno said Moreno, who is running again for Misamis Oriental governor in 2022, was unfazed by the Sandiganbayan ruling, adding that the mayor and his co-defendants are ready to present evidence to the anti-graft court to prove their innocence.

Mordeno noted that the facts and circumstances of the cases before the Sandiganbayan are the same with the administrative cases which the CA already dismissed.

In a 33-page ruling in July 2019 signed by Associate Justices Victoria Isabel Paredes, Marlene Gonzales Sison, and Maria Elisa Sempio Diy, the CA said that by “relying only on the audit findings as if the findings were conclusive,” the Ombudsman failed “to show convincing proof that Oscar Moreno, when he was governor of Misamis Oriental, did wrong in approving the rental of heavy equipment for road repairs.”