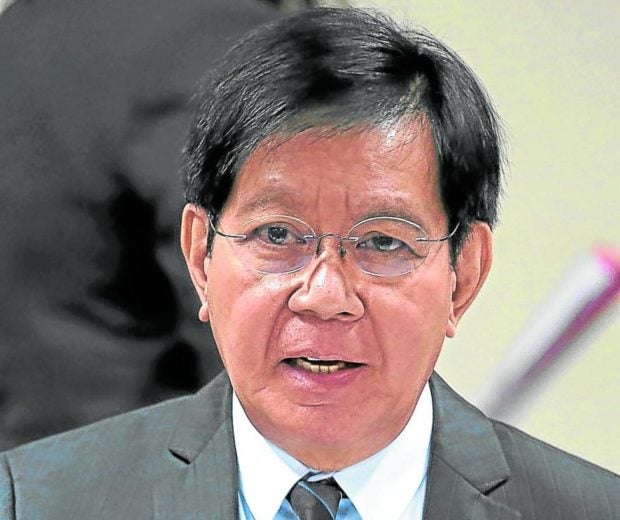 MANILA, Philippines — Sen. Panfilo Lacson on Tuesday demanded an explanation for some P147.283 billion worth of projects in the proposed 2022 budget of the Department of Public Works and Highways (DPWH), which appear to be duplications and could be a source of corruption.

“There is an apparent duplication of projects, particularly under the Sustainable Infrastructure Projects Alleviating Gaps (Sipag) and the Basic Infrastructure Program (BIP),” Lacson said in his interpellation of the DPWH budget on Tuesday evening, noting that the agency’s Convergence and Special Support Program (CSSP) contained projects that appeared redundant.

“If the projects under Sipag and BIP are identical, why do we need to have two separate subprograms?” he asked Sen. Sonny Angara, Senate finance committee chair, who defended the DPWH budget.

Under the proposed Senate version of the 2022 General Appropriations Bill, the DPWH takes the second highest allotment among agencies with P665.53 billion, next to the education sector.

Angara said the Duterte administration sought to spend more than 5 percent of the country’s gross domestic product on infrastructure by 2022, but Lacson wondered why the DPWH had to list seemingly identical projects under separate headings of Sipag and BIP.

“Many of the identical projects are exactly the same. They did not even bother to make a minor distinction,” he said.

In response, DPWH Undersecretary Maria Catalina Cabral, speaking through Angara, maintained that the projects cited by Lacson are not the same, as Sipag projects are usually larger in scope.

The senator also questioned why the DPWH retained much of the funding for local infrastructure projects when the implementation of these should already be devolved to the local governments, pursuant to a Supreme Court ruling mandating the full devolution of powers, more popularly known as the Mandanas ruling, and Executive Order No. 138.

The high court’s decision is meant to be implemented by EO 138, which was issued by President Rodrigo Duterte in June and is expected to be fully implemented next year.