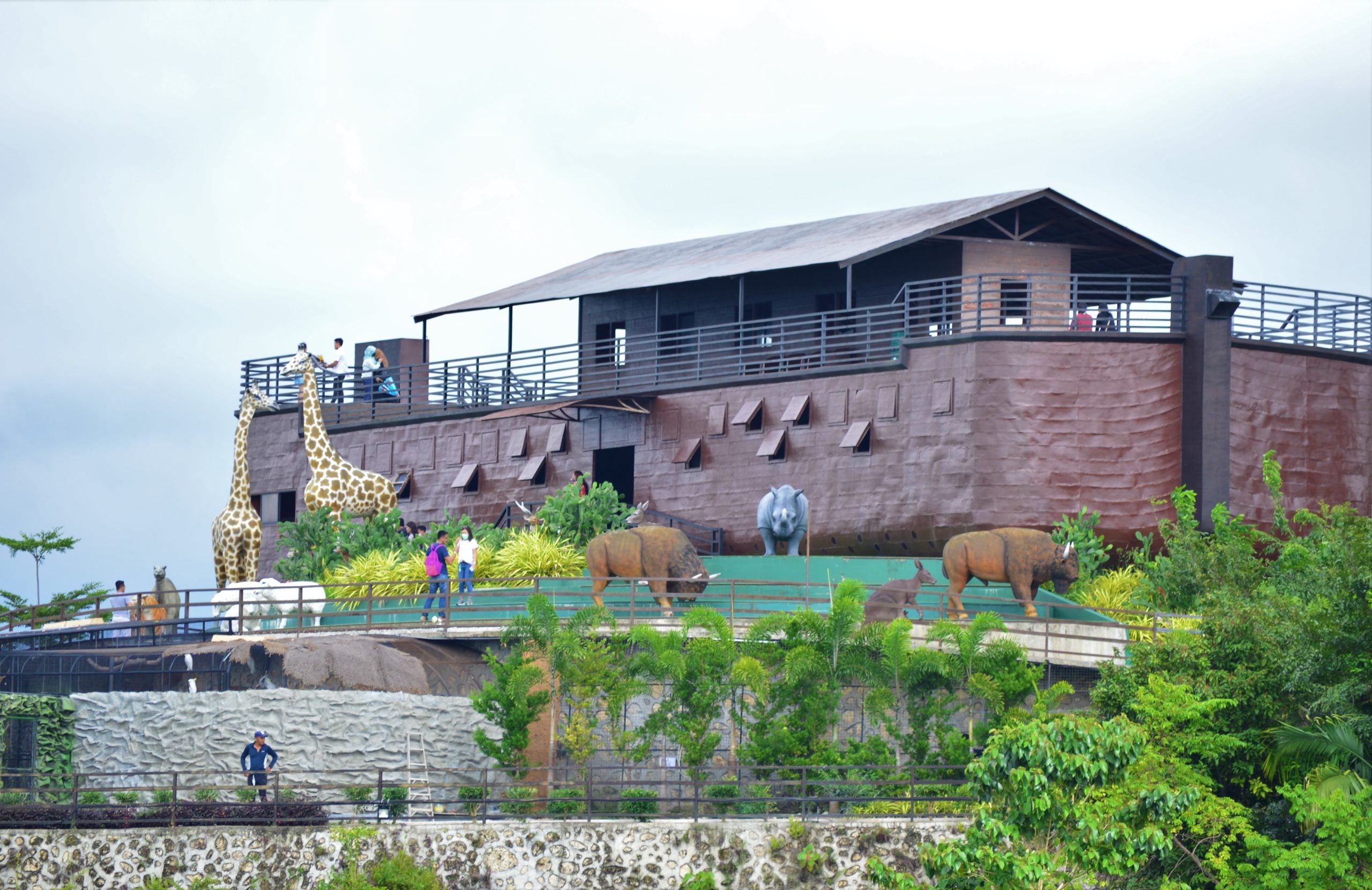 CAGAYAN DE ORO CITY—A 68-year-old man bitten by a crocodile he mistook as an animal statue in a resort in this city is now out of danger.

Mercy Joy Chipada, daughter of victim Nehemias Chipada, said her father was recuperating at the Northern Mindanao Medical Center after surgery on his left arm.

On Nov. 10, Chipada, along with family members, went to Amaya View, a mountain resort in Barangay Indahag that overlooks the city’s urban district, to celebrate his birthday.

Photos posted on social media showed Chipada and family members posing and taking pictures with concrete replicas of animals in Noah’s Ark, one of the amenities in the resort.

A video also showed Chipada climbing down a few feet to get near the unmoving reptile and tapping its head, thinking it was just a statue. He waded in the shallow pond where the crocodile, moments after the head-tapping, locked its jaws on the old man’s left arm.

Seconds after, Chipada was heard shouting for help as the 12-foot crocodile let go of his arm.

Blood was seen splattered on the pond’s greenish water. His right hand was also injured.

A nurse of the resort administered first aid to Chipada while he was rushed to a hospital.

In a statement, the Amaya View management said it is extending full financial assistance to Chipada until he has completely recovered.

“As a family-oriented resort, Amaya View takes the responsibility of ensuring our guests’ safety with paramount importance and we will continue to be dedicated to our vision and mission of providing safe, fun, and educational attractions and adventures for everyone,” the Amaya View statement added.

Interviewed in a local TV, Candy Unabia, Amaya View chief operating officer, said they have ensured that Chipada was properly taken care of and that the management had not been remiss in reminding its guests of the presence of wild animals inside the adventure park.

Peter Guibone, Amaya View general manager, had assured the public that its facilities were safe even for children, as schools had conducted tours for their students inside the adventure park before the pandemic.

Guibone said that since it started its operations in 2017, Amaya View has not had an accident, especially involving its wild and domesticated animals kept inside the premises of Noah’s Ark, a structure that resembles the biblical water vessel that saved Noah, his family, and thousands of animals from the great flood.

“This is the first time that such an accident happened,” Guibone said, adding that they did not expect the incident as the crocodile’s pit was fenced and signs were warning Amaya View guests of wild animals inside the facility.

He said three crocodiles were kept within Noah’s Ark, aside from snakes, different types of birds, tigers, peacocks, alpacas, and various farm animals.

“We have zookeepers who take care of our animals and an on-call veterinarian to check their health,” Guibone added.