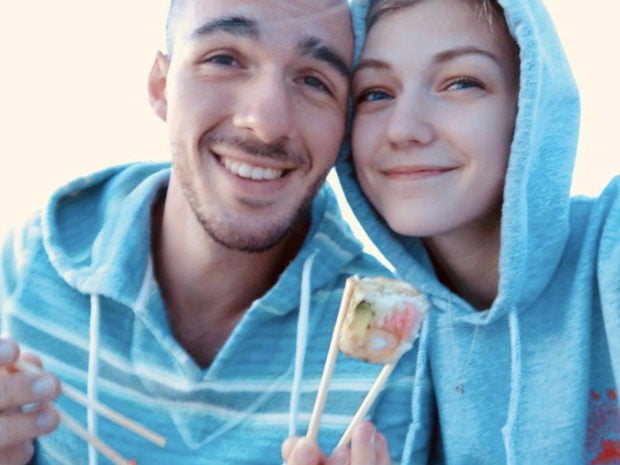 MIAMI — The boyfriend of Gabby Petito, the US road tripper murdered months ago, committed suicide by shooting himself in the head, a lawyer for the young man’s family said Tuesday.
Brian Laundrie’s body was found on October 20 in a nature reserve in northern Florida. The 23-year-old had disappeared in September, shortly after police described him as a “person of interest” in the investigation into Petito’s death.
“Chris and Roberta Laundrie have been informed that the cause of death was a gunshot wound to the head and the manner of death was suicide,” said lawyer Steven Bertolino in a statement.
Both “are still mourning the loss of their son and are hopeful that these findings bring closure to both families,” he added.
The Petito case caused a huge media stir in the United States for weeks. The young woman and Laundrie had left New York in July to tour the western United States in a pickup truck for four months after Petito quit her job.
For days, they published images on social networks in which they were seen smiling on what appeared to be an idyllic road trip.
But on September 1, Laundrie returned without his girlfriend to North Port, Florida, where they both lived with his family.
His attitude raised suspicions about his role in the 22-year-old’s disappearance, especially after he refused to answer police questions and then fled on September 13.
Petito’s body was found on September 19 in Wyoming’s Grand Teton National Park, and on October 12 police announced she had been strangled to death.
A video released in September by police in Moab, a small town in Utah, further raised suspicions around Laundrie. In the images, Petito could be seen crying in a car after police intervened in a dispute she had with him.
Petito’s story is all too common in a country where hundreds of thousands of people go missing every year.
But the non-stop media attention devoted to the case  sparked controversy over the disproportionate attention paid to the disappearances of white women compared to those from minority groups.
ADVERTISEMENT
FEATURED STORIES
NEWSINFO
Trolls still targeting Robredo past election
NEWSINFO
NCR still under Alert Level 1; Some provinces remain under Alert Level 2 — IATF
NEWSINFO
‘Bagsik Diwa’ valedictorian daughter of PMA alumnus