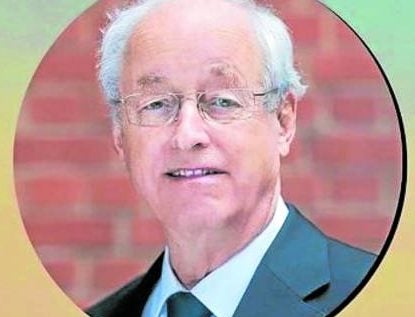 MANILA, Philippines — A member of the five-man Permanent Court of Arbitration that handed down the decision in favor of the Philippines against China’s sweeping claims to the South China Sea and the West Philippine Sea has urged countries in the region to negotiate a diplomatic settlement of their maritime disputes instead of filing another case against Beijing.

Rüdiger Wolfrum said in a recent forum that “whoever will take the lead should ask for establishing such a round table to seek ways out of this growing tension which is existing in the South China Sea.”

The forum, “Setting the Record Straight on the South China Sea Arbitration,” was held on Thursday last week and organized by the Department of Foreign Affairs and the German Embassy in Manila.

“I should first exhaust all efforts of all states of this region to come to a consensual agreement before even considering [filing] a new case,” Wolfrum said when asked what could be done with China’s continued rejection of the July 2016 arbitral ruling, which invalidated its historical claims to almost the entire South China Sea.

Filing a new case would only “aggravate probably the situation and would lead at the end of the day to nothing,” he said. “Let’s shift to diplomatic efforts rather than judicial settlement.”

Wolfrum said that a joint development of the disputed waters among its claimants was possible, similar to the path taken in 2016 by Timor Leste when it brought Australia before a compulsory conciliation commission to seek a more equitable delineation of its overlapping maritime zones with Australia.

“There’s only an agreement on the distribution of the benefits,” he said. “I believe that could be done also in the South China Sea to agree on what could be done together, how to distribute the revenues or the benefits and what should not be done, for example, reducing the military presence in the area.”

Wolfrum said that in case the negotiations do not work out, the parties could always opt for mediation or conciliation.

Tensions once again rose between the Philippines and China after the Chinese Coast Guard on Nov. 16 blocked and used a water cannon against Philippine boats bringing food and other supplies to a Marine detachment at Ayungin (Second Thomas) Shoal.

The shoal is about 194 kilometers west of Palawan province, well within the country’s 370-kilometer exclusive economic zone (EEZ) and part of its continental shelf.

President Rodrigo Duterte on Monday told a regional summit hosted by Chinese President Xi Jinping that the Philippines “abhors” the actions of the Chinese vessels and said the rule of law was the only way out of such problems.

Wolfrum said it was clear that the Philippines had the right to an EEZ according to the United Nations Convention on the Law of the Sea (Unclos) when it comes to features in the Spratlys chain in the South China Sea.

“It has also been made clear in the award that low tide elevations within the EEZ of any given state come under the jurisdiction of the coastal state concerned and nobody can establish artificial islands or installation or whatsoever on low tide elevation within the EEZ of given coastal state in the South China Sea area. This is just an interpretation of the Unclos, which is beyond doubt,” he stressed.

The statement was a swipe at China’s unbridled island-building in parts of the South China Sea that are within the Philippines’ EEZ.