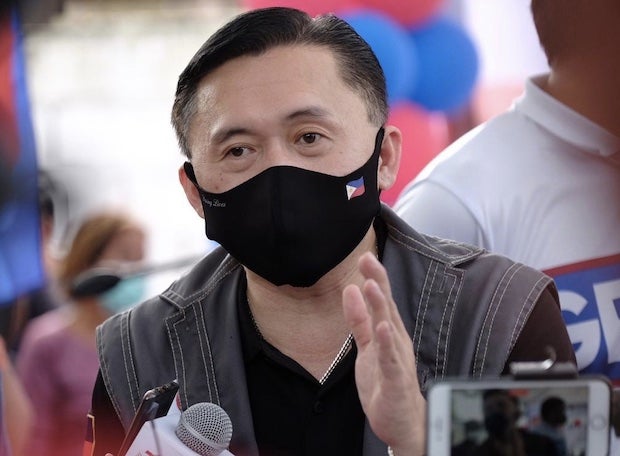 New navigational aids and the new Civil Aviation Authority of the Philippines Administration building are among the developments made in the GSIA.

The Passenger Terminal Building has also been tripled in size from 4,029 to 12,240 square meters.

This major upgrade will allow the airport to handle at least two million people per year, nearly doubling its pre-pandemic annual passenger capacity of 1.05 million.

The gateway can also now accommodate larger aircraft following its renovation and expansion. Furthermore, 380 employees were employed throughout the airport’s construction phase, with more jobs to be created in future developments.

Meanwhile, the Philippine Ports Authority built a new Port Operations Building and other support facilities in Port Makar, including parking spaces, a covered court, a port manager’s quarters or Day Care Center, and a drainage system.

The port is also being examined for a projected international maritime route in the Brunei, Indonesia, Malaysia, Philippines-East ASEAN Growth Area, according to the PPA.

These recently completed infrastructure projects in General Santos City are expected to strengthen the city’s position as an agri-industrial and ecotourism hub.

Go, who is running for president in the 2022 election, stressed the significance of sustaining the Duterte administration’s programs and projects, such as the Build Build Build program.

“I will not allow to go to waste the good projects already started [by Duterte] that have lifted the lives of the people,” Go said in Filipino.

“The Duterte administration has already mapped out concrete plans to sustain our nation’s gains amidst unprecedented challenges. All we have to do is to continue to enforce, implement, and improve these programs all for the welfare of our Filipino people,” he added, shifting to English.

He also emphasized the need for the cooperation of the private sector in the said initiative.

“We are an archipelago. We need connectivity. This is the reason why we have inaugurated many airports, seaports, roads, and bridges under the Duterte Administration so we can reach the farthest places in the country,” he added.

Go is running for the presidency with continuity of numerous achievements of the present administration, dubbed as Duterte Legacy, as part of his major advocacies.

On the same day of the airport inspection, Go also conducted a monitoring visit of the Malasakit Center at the Dr. Jorge Royeca Hospital, also in General Santos. He also personally distributed assistance to solo parents at the Oval Plaza Gym in the city.

“I vow to continue the good programs that benefited the Filipino people over the past six years. We will continue providing the service, the caring, and real change,” Go stressed.