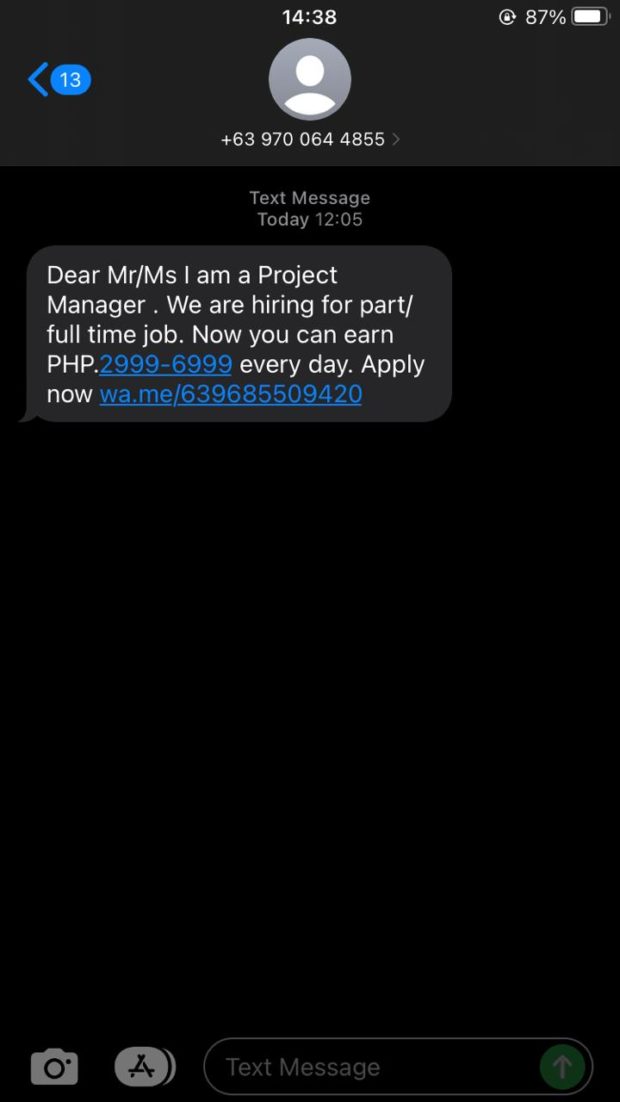 MANILA, Philippines — Malacañang on Tuesday said the spate of text messages offering fake jobs is a “cause for concern,” especially because it violates privacy.

“’Yung NTC is already investigating the matter but of course it is also within the purview and mandate ng National Privacy Commission to also investigate the matter. Hintayin natin yung kanilang investigation,” he added.

(Let’s wait for their investigation.)

Senator Joel Villanueva, chairperson of the Senate labor committee, earlier urged the NPC to investigate what he described as the “epidemic of text scams,” after mobile phone subscribers complained of receiving phony job offers via text.

He said the apparent rise in texts being blasted to mobile phone users could be the “forbidden fruit of a data breach or data sale somewhere.”