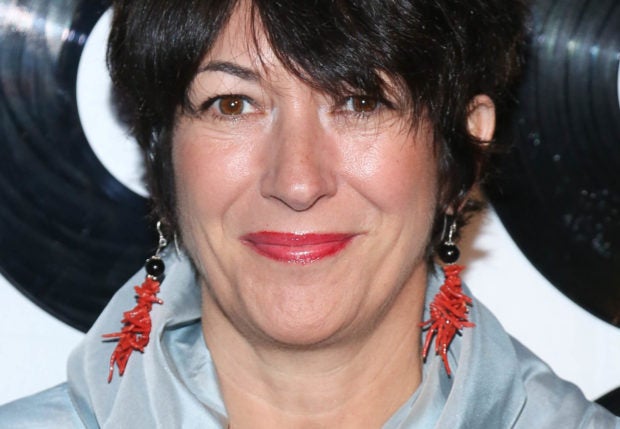 GENEVA — Relatives of Jeffrey Epstein’s former lover Ghislaine Maxwell, who goes on trial in the US next week, have complained to the UN that her detention is illegal, lawyers said Monday.
The 59-year-old British socialite could spend the rest of her life in jail if convicted in New York of trafficking underage girls for US financier Epstein, who killed himself in prison more than two years ago.
Human rights lawyers Francois Zimeray and Jessica Finelle, who are not representing Maxwell, said they had filed a complaint with a panel of UN experts on Monday alleging “serious violations of her defence rights and presumption of innocence”.
In the complaint, Maxwell’s siblings said she had been subject to “unfit and degrading treatment”.
Maxwell was arrested in July 2020 as prosecutors vowed to pursue Epstein’s co-conspirators following the multimillion-dollar money manager’s death a year earlier.
She has since been held at the Metropolitan Detention Center in Brooklyn where she has repeatedly complained of unsanitary and inhumane conditions.
Prosecutors say Maxwell befriended girls with shopping and cinema trips, later coaxing them into giving Epstein nude massages during which he would engage in sex acts before giving them money.
She has pleaded not guilty to all six counts and faces up to 80 years in prison if convicted on all charges.

Zimeray and Finelle said she should be able to respond to the charges “in a fair trial where respect for the presumption of innocence is guaranteed”.
But they questioned in a statement whether a fair trial would be possible, pointing to the documentaries, podcasts and books produced about the case.
“Hundreds of millions of people have already been able to convince themselves of her guilt,” they said.
The petition insisted there was no justification for Maxwell’s lengthy pre-trial detention.
“It is as if Ghislaine Maxwell is suffering the consequences of the failure of the US Administration to preserve the life of Jeffrey Epstein and secure his appearance at trial,” the lawyers said.
“There is a narrow line between justice and revenge. We are not fighting against the complainants, but against arbitrariness.”
They said she Maxwell had been forced to undergo several body searches a day and had been woken up with a torch in her face every 15 minutes after being put on suicide watch.
The petition urged the UN Working Group on Arbitrary Detention to find that her detention was arbitrary and asked the experts to call for the US to release her “without delay”.
The UN did not immediately respond to a query from AFP about whether the working group had received the petition and when it might be considered.
The group is made up of five independent experts who do not speak on behalf of the UN and whose opinions are not binding, although they do carry reputational weight.
ADVERTISEMENT
FEATURED STORIES
NEWSINFO
‘Win’ for Robredo backers in Cebu: VP wears Hablon de Argao dress at daughter’s graduation
NEWSINFO
Ex-Speaker Alvarez, top ally survive HnP sweep in Davao del Norte polls
NEWSINFO
Kabacan court metes 30-year jail term for 2 minors in double murder case