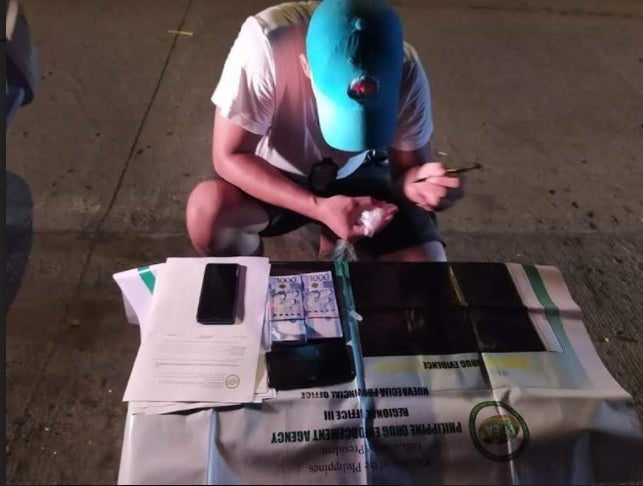 An anti-narcotics agent inspects the evidence allegedly seized Nov. 22 from a drug suspect during a buy-bust operation in the City of San Fernando, Pampanga province. (Photo from the Philippine Drug Enforcement Agency-Region 3)

PDEA-3 identified the arrested suspect as Benjamin Domingo, 33, of Las Piñas City in Metro Manila. He reportedly sold shabu to an undercover agent during a buy-bust operation.

PDEA classified the suspect as a “high-value target” in its campaign against illegal drugs.

The operation was conducted around 9:30 p.m. along Consunji Road, San Jose village in Pampanga’s capital city.

Seized from Domingo were a knot-tied plastic bag of suspected shabu weighing 50 grams and the marked peso bills used in the sting operation, PDEA said.

The suspect is facing charges for violating the Comprehensive Dangerous Drugs Act of 2002.