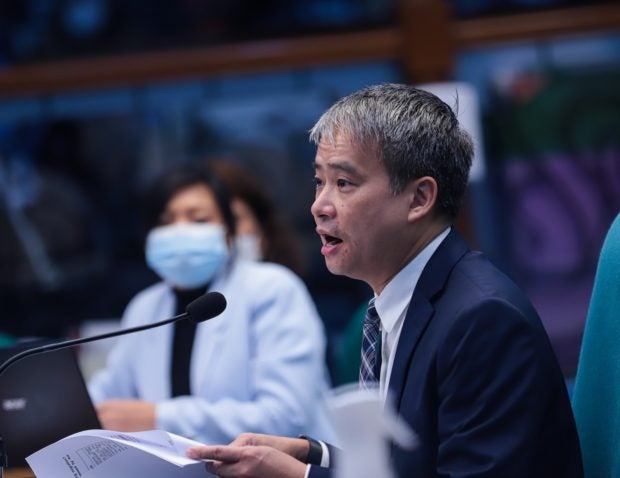 Villanueva, chairman of the Senate labor committee, described the apparent “robo texts being blasted” to be the “forbidden fruit of a data breach or data sale somewhere.”

He said social media has been flooded with complaints of citizens who have been getting a deluge of different job offers or sales work that promises huge commissions.

“This is the new budol in town,” Villanueva said in a statement.

He said the NPC should coordinate with the National Telecommunications Commission “on how this illegal and irritating intrusion into one’s privacy can be stopped.”

Villanueva warned that these “robo texts” are a “variant of fake news” which “many people can fall for.”

“In a nation where unemployment and digital disinformation are high, these kinds of messages can mislead many. Maraming kababayan po natin, lalo na ang mga naghahanap ng trabaho, ang ma-si-swindle nito,” he said.

(A lot of our fellow citizen, especially those looking for work, will be swindled by this.)

Villanueva asked government agencies and telecommunications firms to work together in preventing citizens from being victimized by “smishing,” a form of text message phishing, where criminals lure consumers into giving away personal or financial information.

Further, Villenueva noted that text offers on overseas jobs violate laws in labor placement, an activity that is tightly regulated by the government to shield job seekers from falling victim to illegal recruiters.