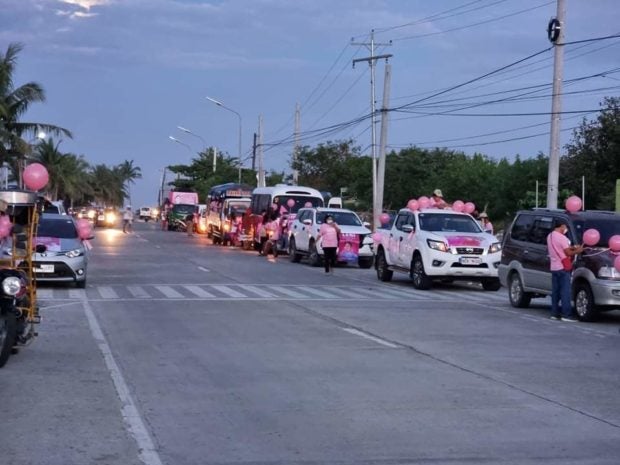 Occidental Mindoro volunteers in San Jose town hold People’s Caravan on Saturday, November 20, in support of VP Leni Robredo and her running mate Senator Kiko Pangilinan who are running for the top positions in the country in the 2022 polls. Photos taken by Dags Tan.

CITY OF CALAPAN — A province-wide caravan was held simultaneously on Saturday morning in four areas in Occidental Mindoro by volunteers to show their support for the presidential bid of Vice President Leni Robredo and her running mate Senator Kiko Pangilinan.

Some 566 vehicles took part, with nearly 2,000 people, excluding those who lined up along the road and in their houses, said Annette Aguila, one of the organizers.

“These are local farmers, fisherfolks, laborers, employees, micro and small entrepreneurs, young voters, and a community of indigenous people (locally called Mangyans),” said Henry Bagatsolon, also one of the organizers.

The group known as SAMARICA (for Calintaan, Rizal, Magsaysay, and San Jose towns) assembled at Aroma beach in San Jose town as early as 5 a.m. where motorcycles, tricycles, cars, coasters, and trucks lined up for the 7 a.m. as the caravan took off.

Dubbed the “Pink Tamaraw Caravan,” about 126 vehicles passed through different villages and gathered in San Jose municipal plaza, while the other groups each had their routes.

The third and fourth groups are from the island municipalities of Lubang and Looc. 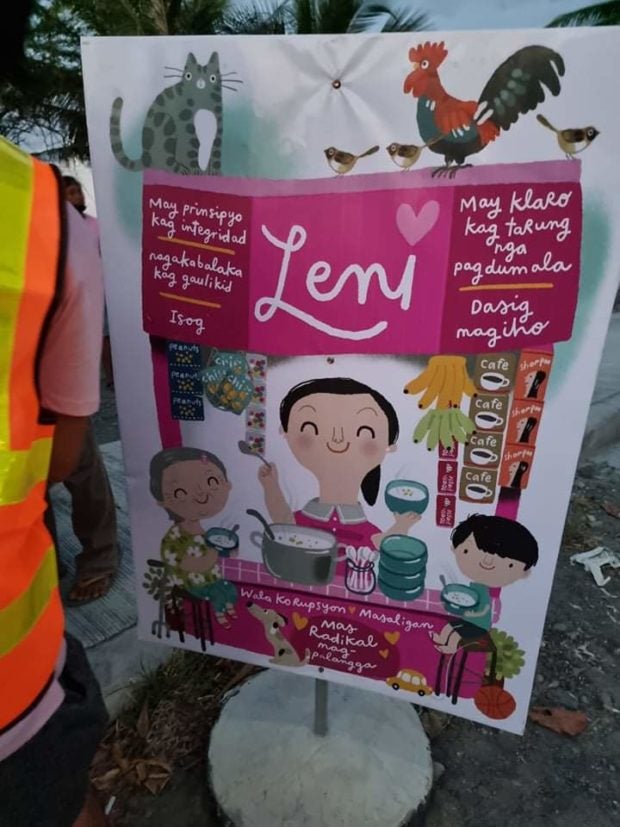 “Many others wanted to join but got no vehicles,” said Fr. Anthony Tria, SVD, parish priest in Looc town, in a phone interview. Some 100 vehicles and almost 200 people joined the caravan in Looc.

“Leni, with a good track record, is not hard to sell. It was just a quiet educational conversation which we aimed at but supporters turned out more engaged in just two weeks time,” added Tria.

He admitted though that he cannot now be with the non-partisan Parish Pastoral Council for Responsible Voting.

In Lubang town, participants reached 240, out of which 100 are tricycles.

Organizers made sure that COVID-19 health protocols, cleanliness, and sensitivity to those with special needs were observed.