Wealthy ‘Son of God’ a pal to many pols | Inquirer News

Wealthy ‘Son of God’ a pal to many pols 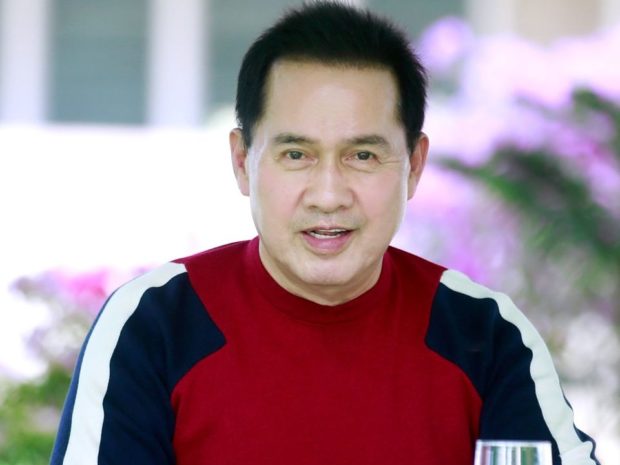 DAVAO CITY — The wealth of Pastor Apollo Quiboloy first caught the media’s attention in 2016, when the newly elected President Duterte, musing on how he could come home to this city if he was already holding office at the Palace, said he could borrow his spiritual adviser’s private plane.

Duterte also lightheartedly told the media shortly after he became president that Quiboloy had been giving him gifts in the course of their long friendship that began when he was mayor of Davao.

But even earlier, politicians aspiring for national posts, among them “presidentiables,” were known to visit Quiboloy’s “sacred mountain” in Tamayong, the church property adjacent to the Davao City International Airport, to seek his blessing.

Leader and founder of Kingdom of Jesus Christ (KOJC), The Name Above Every Name, Quiboloy owns and operates Sonshine Media Network International, which airs his preachings globally.

The sect also publishes PINAS Global, a newspaper read by its followers in the United States, Canada, London, Hong Kong and the Middle East.

Early in 2000, it founded Jose Maria Colleges, offering courses, including law and medicine.

Currently being built on the sect’s 18-hectare compound is the KJC King Dome, which, once completed, will be the country’s largest indoor stadium. Its 75,000-seating capacity will surpass Iglesia ni Cristo’s Philippine Arena (50,000 seats).

In a tweet on Nov. 1 last year, Quiboloy said: “We are like the King Dome. Our structure is not only made of steel but [also] of gold. It doesn’t fade. It doesn’t dissipate. It is strengthened by trials, by persecutions, by the baptism of fire, by all of these from within so that no outside pressure can crush us.”

KOJC, which started with 15 members in 1986, numbered 7 million when it celebrated its 35th year in 2020, according to one of its followers.

But the “appointed son of God” is no stranger to controversy.

In 2005, Erlinda Rillon and her husband charged the sect’s coordinators in Baguio City with the abduction and detention of their teenage daughter Arlene, whom Quiboloy had allegedly lured.

The Baguio Regional Trial Court dismissed the case. KOJC slapped a libel charge on the Rillons, who were arrested but were later released on bail.

In 2008, Quiboloy was tagged as the brains behind the killing of Datu Dominador Diarog, a leader of the Bagobo-K’lata tribe in Tugbok district. Diarog’s wife believed that he was killed for refusing to sell 2 hectares of their property for P50,000 to the sect’s followers.

In 2014, KOJC was again caught in another case involving ancestral land in another part of Tugbok. According to the victims, armed men forced them out of their homes in Sitio Diolo and were told that their land had been sold to Quiboloy.

The sect workers allegedly solicited donations for KOJC and were beaten and psychologically abused if they did not make daily quotas. The money raised, originally for the benefit of poor children, purportedly went to sect operations and the lavish lifestyle of Quiboloy.

Around $20 million was sent back to the sect in the Philippines from 2014 to middle of 2019, according to US federal agents.In 2018, Felina Salinas, leader of KOJC’s Hawaii branch, was arrested for smuggling cash onto a private plane in Honolulu bound for the Philippines with Quiboloy on board.

A witness claimed to have seen Salinas and Quiboloy order sect members to smuggle hundreds of thousands of dollars in black socks packed in suitcases from California to the Philippines in 2013 and 2014.