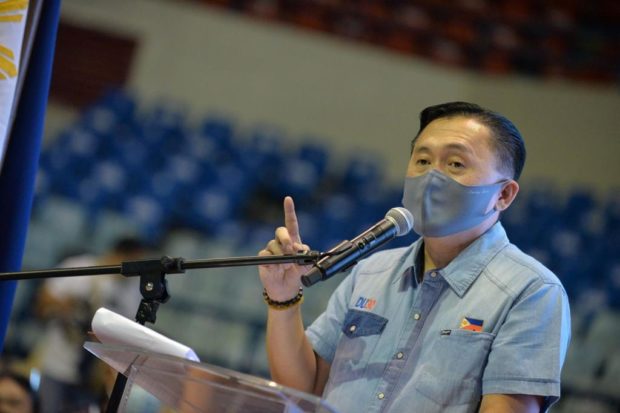 According to Cebu City Acting Mayor Michael Rama, who leads the Partido Barug, said that the bloc backing Go’s presidential bid is composed of his party, Partido Kusug, Partido Panaghiusa, and Marino Partylist.

Rama is currently on leave as acting Cebu City mayor, with his post temporarily assumed by councilor Dondon Hontiveros.

Rama stressed the need for continuity, saying that present campaigns of the Duterte administration such as the campaign against drugs “has also transformed our country into a golden age of good governance.”

Go, for his part, expressed his gratitude, pointing out that the first Malasakit Center in the country was established in Cebu City back in February 2018.

“Your support gives me more reason to work harder to ensure our total victory. Only then can we secure the continuity of the Duterte legacy… Next to the National Capital Region, the whole Cebu province hosts six Malasakit Centers that cater to particularly poor and indigent Cebuanos,” Go said.

“Cebu, also a home province of our President, saw massive infrastructure projects, being the economic hub of central Philippines,” he added.

Go assured continuity of the programs of the Duterte administration should he be elected as president in next year’s elections.

(What I can offer them and our fellow Filipinos is my diligence and public service. True meaning of concern. I don’t want to brag to you and I don’t need to brag to my fellow countrymen.)

(Let’s just wait for the result. If we are going to talk about work, although I am only three years as senator, but with the way I see President Duterte sacrifice a lot for our nation, who would continue that? That is what I’m going to continue.)

Go is vying for the presidency under the Pederalismo ng Dugong Dakilang Samahan party.