Substitution and the political Frankenstein it created 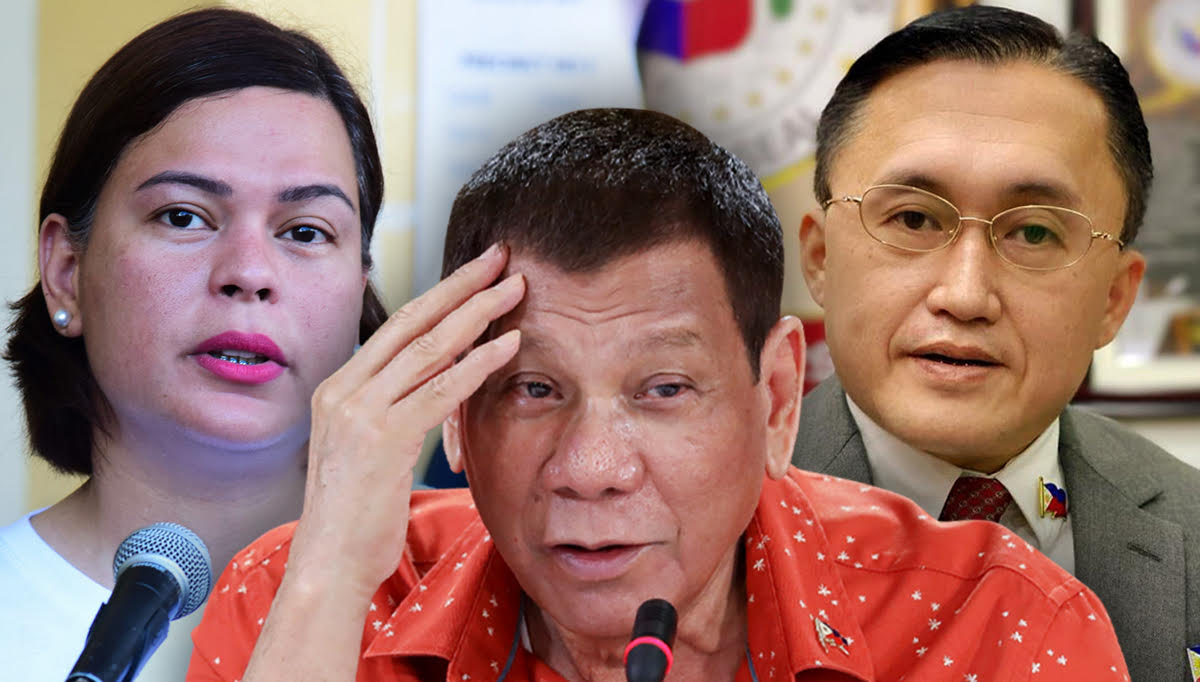 MANILA, Philippines––The country saw what could be its weirdest political days in history when the expected and unexpected mated to produce a highly disfigured offspring that is both frightening and amusing.

As the nation witnessed the last day of substitution of candidates by withdrawal on Nov. 15, some of the highlights could be these:

Sara Duterte filed a certificate of candidacy (COC) for vice president on Nov. 13, seemingly painting the words “fake news” on the faces of supporters and allies who had courageously stuck their necks out on the proposition that the President’s daughter would not choose to run for a position lower than president.

After ranting in online interviews with social media creatures that he trusts about how he was blindsided by his daughter Sara, Duterte put on a brave face and declared he was running for vice president to do justice to his most trusted confidant, Bong Go.

READ: Duterte baffled by Sara’s decision to run for VP

Go, Duterte told his interviewer, had shed tears after learning that Sara filed COC for vice president, a position that Go had also filed COC for.

READ: Bong Go to run as president but not under PDP-Laban

Duterte continued to express disgust at Sara’s pivot, short of using the expletives he so easily dishes out when discussing drugs or violators of COVID quarantine rules.

A run by Duterte for vice president, as he had been discussing openly and his sidekicks have been trumpeting, would have set up a spectacle unseen before in Philippine politics—daughter fighting with father for the country’s second highest elective position.

The spectacle was not to be, however.

Eventually, after lighting the firecrackers, Duterte threw the idea of running for vice president into the trash can and filed COC for senator, the first Philippine president to do so.

Duterte spokesperson Harry Roque made good his threat to run for senator days after saying he was joining the Senate race only if Sara Duterte ran for president. He did so shortly after failing to win a seat in the International Law Commission of the United Nations.

Antonio Parlade, the retired general who had made a name for himself by red-tagging people as spokesperson of the National Task Force to End Local Communist Armed Conflict, filed COC for president to trash expectations he was running for senator.

No stranger to controversy, Parlade quickly fired off what his campaign could look like, saying among the Philippines’ biggest problems was Go because Go controlled Duterte. The claim was quickly denied by Go, Malacañang and other key officials, though. Expect Parlade to talk more about it in his campaign.

The “marriage made in heaven” has been consummated after Sara Duterte slid down under Bongbong Marcos.

It was an arrangement, though, that only those directly involved could have foreseen. Joey Salceda, a close ally of Sara and former President Gloria Macapagal Arroyo, had boldly stated that Sara wouldn’t settle for anything less than the presidency. Sara’s move showed that Salceda was not really in the know.

Sara’s father, too, was incredulous. How could Sara agree to be second fiddle to Marcos Jr. when she had the biggest ace up her sleeve—top ranking in preference surveys for president?

The answer may not be known soon. All Sara had to say was that running under Marcos Jr. allows her to serve the people.

Sara acknowledged that thousands of supporters, who had been hanging on to the proposition that Sara won’t be nudged into running for a position lower than president, cried on Oct. 8 when she declared she was just seeking reelection.

In explaining her decision to eventually slide down under Marcos Jr., she said it was because she can’t find it in her heart to make her supporters cry again so she decided to meet them “halfway.”

So Sara withdraws COC for mayor, takes oath as new member of Arroyo’s Lakas-CMD then files COC for vice president.

The countless expressions of “whaaaat?” may get a fraction of an answer in what Marcos Jr. did after Sara withdrew COC for mayor, joined Lakas-CMD and filed COC for vice president—keep saying he’s sticking to his COC for president.

When the regular filing of COC ended on Oct. 8, the Comelec counted 97 aspirants for president, 29 for vice president and 176 for senators. The substitution option trimmed down the number of presidential aspirants to 94, vice president to 25 and senator to 171.

Last Nov. 13, presidential communications chief Martin Andanar said Duterte would file COC for vice president which meant he would be running against Sara.

Lyle Uy. Grepor Belgica. The two names suddenly became talk of the town when it turned out they had filed COC—Uy for vice president and Belgica for president.

They played key roles, however, in the substitution surgery that, while predicted, still came as a surprise to those who had been watching Philippine politics for years.

The substitution facelift also seeped into the left-of-center field.

Broadcaster and former vice president Noli De Castro also withdrew COC for senator much earlier to be replaced by Joseph Sison under the Aksyon Demokratiko ticket.

Out of 10 withdrawals with substitutions, three shifted political coalitions––Sara, Go and Duterte.

Sara was part of Hugpong ng Pagbabago, a political party she established in 2018, before taking an oath as Lakas-CMD member.

Before shifting to PDDS, which “believes in Christian patriotism, loyalty, freedom, and justice for all people,” Duterte and Go were both part of PDP-Laban.

Ma. Ela Atienza, a political science professor of the University of the Philippines Diliman, said as politicians shift loyalties, “the losers here are really political parties that are weak to begin with.”

She told INQUIRER.net that with the shift in loyalties, it is “voters who have to contend with these bargaining and dealing of elites [who lose].”

She explained that the elites are “mainly concerned with protecting their personal and family interests at the expense of the welfare of Filipino people still suffering from the COVID-19 crisis and its economic and other effects.”

Out of the 12 withdrawals, the KDP had the most with five, PDP-Laban had two, while Lakas-CMD, PPM, Kilusang Bagong Lipunan, PDDS, and Philippine Green Republican Party had one each.

The Comelec predicted it correctly. The last three days of the period were filled with conflicts and spectacles.

Salceda, boldly proclaiming that Sara will definitely run for president, might have suffered the biggest political humiliation of his life when Sara slid down. His prowess in economics could remain intact.

While Sara’s slide under Marcos Jr. was hailed by their camps as “giving way to prevent votes from getting divided,” Go’s elevation to a presidential candidate still came as a surprise especially after Andanar said Go’s running mate would be Duterte, which turned out to be false.

Hanging over Marcos Jr.’s head is the proverbial sword of Damocles—possible disqualification over a tax conviction by a Quezon City court.

Analysts said the same sword hung over Grace Poe, who was considered unbeatable in the 2016 elections until a case was filed questioning her citizenship which did not succeed in preventing her run but generated enough dark clouds to cast doubt.

The Frankenstein that the entire bizarre procedure is creating is throbbing with scary life but is just starting to rise. All eyes are still fixed on the Bongbong Marcos—Sara Duterte tandem.