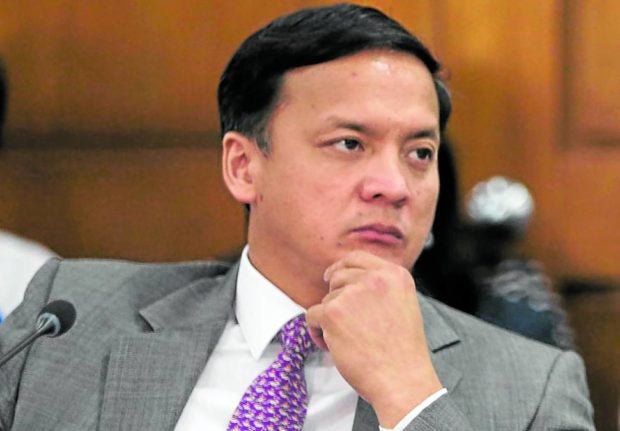 MANILA, Philippines — Jose Midas Marquez, once known as the voice and face of the Supreme Court, has finally ascended as one of the “Gods of Padre Faura.”

On Tuesday, President Rodrigo Duterte appointed Marquez as the newest member of the high court, ending several years of his failed attempts to secure one of the 15 seats in the tribunal.

Although his appointment comes late in his career in the high court, which he has served for more than 25 years, Marquez has been one of the most powerful officials in the judiciary as court administrator since 2010.

In that capacity, he supervises more than 2,600 judges and 25,000 court employees nationwide.

Marquez had also served as court spokesperson under three chief justices—most notably during the time of the late Renato Corona, who was unseated following an impeachment trial in 2012 that led to his conviction for failure to disclose his wealth.

At only 55, Marquez will become one of the longest-serving justices in the country.

He will occupy his judicial seat until February 2036 upon reaching the mandatory retirement age of 70.

A law graduate of Ateneo de Manila University, Marquez first joined the judiciary as a researcher in 1991 while still studying law.

He eventually rose from the ranks, serving as chief of staff of then Chief Justice Reynato Puno in 2006 before the court en banc appointed him as SC spokesperson.

Marquez is expected to handle the case filed by families of the victims of Mr. Duterte’s drug war, which had been previously assigned to Delos Santos.

Two court insiders said Marquez may have “benefited” from the supposed friction between the President and his daughter, Davao City Mayor Sara Duterte-Carpio.

“I guess [Marquez] is just lucky. The quarrel involving the President and [Duterte-Carpio] could be a blessing in disguise for him,” said one of the Inquirer sources.

Another source agreed, pointing out that Marquez had been bypassed repeatedly by Malacañang despite his credentials and yearslong experience in the high court.

“Unwittingly, he benefited from the political drama involving the First Family,” the second source said. “But that doesn’t mean that Marquez is not qualified to the post because he definitely deserves to be a magistrate.”

In 2018, when Marquez was vying for a seat in the high court for the third time, Puno recommended Marquez’s appointment in a letter to Mr. Duterte.

But Duterte-Carpio, herself a lawyer, filed an opposition in the Judicial and Bar Council challenging Marquez’s application.

In a statement at that time, she said, without naming anyone, “This person has been trying to spin my case to get a favorable ruling,… hoping that I may take notice of him.”

The complaint against the Davao mayor was prompted by a 2011 incident caught on video which showed her punching court sheriff Abe Andres for implementing a court order on the demolition of shanties in Davao City.

Amid that controversy, Marquez emphasized to the council, “My credentials, my track record, for me, these qualifications will stand on their own merit.”

Some lawmakers said they expect Marquez to push for judicial reforms.

—WITH REPORTS FROM JEROME ANING, NESTOR CORRALES AND INQUIRER RESEARCH

Read Next
Commuters heave a sigh of relief: Face shields ‘ineffective’
EDITORS' PICK
PH to import 60,000 tons of fish to cover shortage
Gear up and get ready to play with Yamaha Mio Gear
Over 3 Million worth of prizes to be won at Smart Padala’s SENDali Manalo Promo!
Acer starts the year off strong with the Aspire Vero National Geographic Edition
#VotePH2022: COVID, power woes loom as poll concerns
Workers are exempted from ‘no vax, no ride’ policy – DOLE chief
MOST READ
1Sambayan names 7 aspirants in its 2022 Senate lineup
Cold-case investigation names surprise suspect in Anne Frank’s betrayal
Guevarra to Acosta: Obey rules on unvaccinated
Emma Stone calls Andrew Garfield a ‘jerk’ after he ‘lied’ about his ‘Spider-Man: No Way Home’ appearance
Don't miss out on the latest news and information.