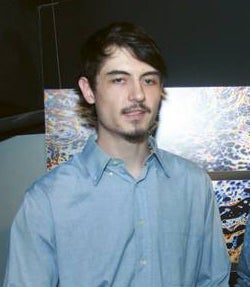 MANILA, Philippines — The Police Regional Office 1 (PRO) on Tuesday said that it will file a motion for reconsideration before the lower court that dismissed the drug case against Julian Ongpin.

“Police Regional Office 1 through its Regional Legal Service is closely coordinating with the Department of Justice (DOJ) for the filing of a motion for reconsideration and we commit our full support on this legal remedy,” the PRO 1 said in a statement.

Authorities filed a drug case against Ongpin, son of business tycoon Roberto Ongpin, after several grams of cocaine were confiscated from the hostel room he had shared with the late visual artist Breanna “Bree” Jonson in La Union last September.

On Monday, November 15, San Fernando Regional Trial Court (RTC) Branch 27 dismissed the case against Ongpin on a tehcnical issue that the confiscated cocaine was not immediately marked during the seizure.

The San Fernando RTC also noted that even the resort guard  — the lone civilian witness — was not asked to sign the document labeled as “person who entered the crime scene.”

But the PRO 1 said the court did not consider that the seized cocaine was recovered “incidentally” and not during a buy-bust operation.

“The recovery of drug evidence, 12.6 grams cocaine, was just incidental and to emphasize the police response was not a drug operation,” said the PRO 1.

“Unfortunately, the RTC did not consider these circumstances that led to the dismissal of the drug case. This is a very uncommon or peculiar case,” it added.

The PRO 1 nevertheless said that the Regional Investigation and Detective Management Division has already been directed to conduct a case review to determine the lapses committed during the investigation of the September 18 incident.

Meanwhile, in an earlier statement, newly-installed PNP chief Gen. Dionardo Carlos said he has ordered the La Union Police Provincial Office to submit an explanation over “apparent oversight and lapses” in the handling of drug evidence that resulted in the dismissal of the drug case filed against Ongpin.

Carlos also directed the PNP Legal Service in Region 1 to coordinate with the La Union Provincial Prosecutor in filing the motion for reconsideration.

Apart from drug possession, Ongpin has also been tagged as a person of interest in the death of Jonson, who was found unconscious on the morning of September 18 inside the bathroom of the hostel room that the two had rented in the surfing town of San Juan, La Union province.

As police responded to the scene and while conducting an initial investigation, they recovered 12.6 grams of cocaine inside the room of Ongpin and Jonson.