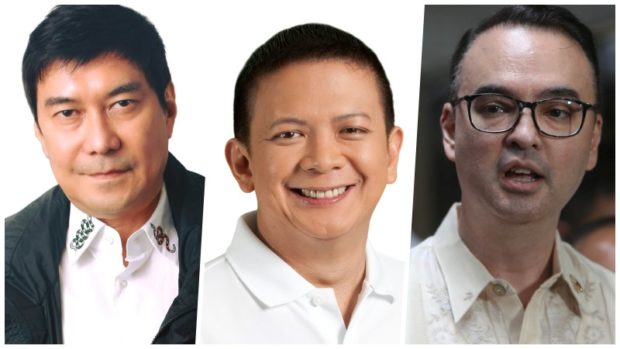 According to the new survey commissioned by Stratbase ADR Institute, Inc., 60 percent of 1,200 adult Filipino respondents picked Tulfo as their choice for senator, followed by Escudero with 51 percent and Cayetano – who jumped two spots from 5th place in the SWS survey released in October – with 50 percent.

Coming in at the 4th spot was House Deputy Speaker Loren Legarda with 45 percent and Senate Majority Leader Miguel Zubiri at 5th with 44 percent. It was a tie for former Vice President Jejomar Binay and Public Works and Highways chief Mark Villar as both garnered 40 percent at 6th place.

Legarda, Villar, and Escudero were all ranked 2nd for having the same percentage points, in the SWS poll made public in October, which was conducted from September 12-16.

However, de Castro has already dropped out of the May 2022 senatorial race.

The SWS survey released Tuesday was conducted on October 20-23, involving the interviews of 300 respondents each in Metro Manila, Balance Luzon, the Visayas, and Mindanao.

SWS said the survey had sampling error margins of ±3% for national percentages and ±6% for Metro Manila, Balance Luzon, the Visayas, and Mindanao