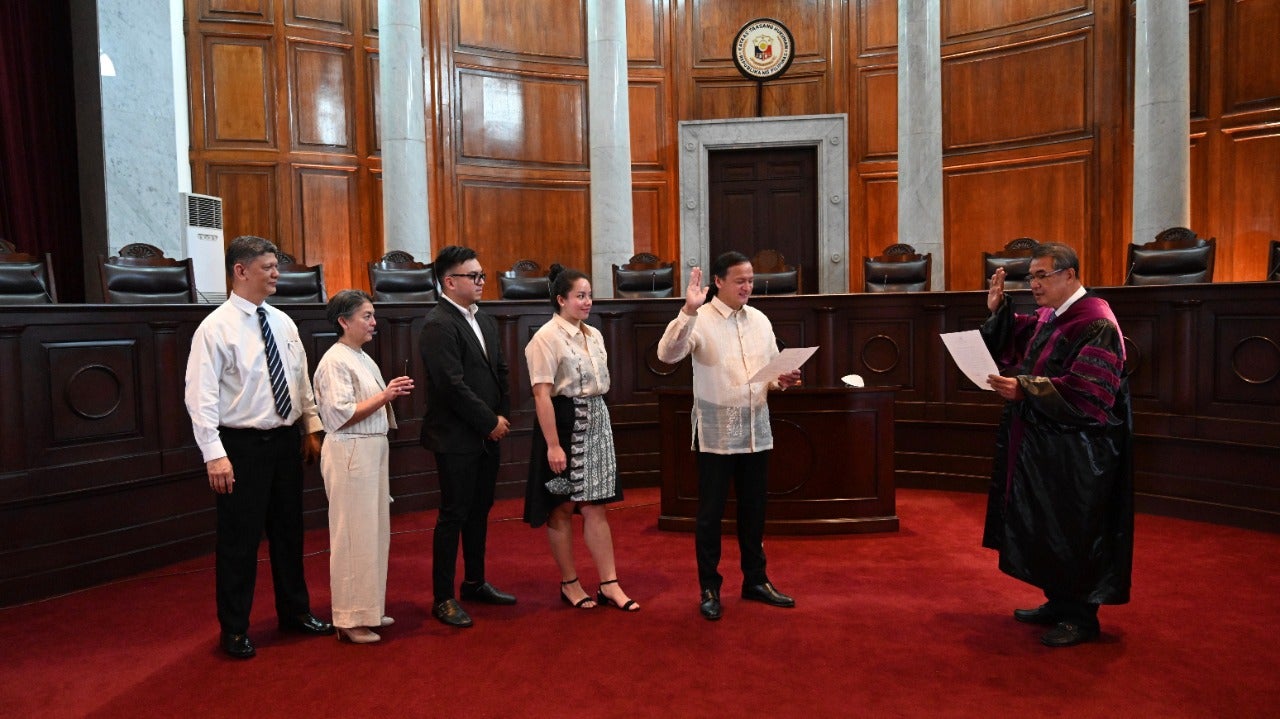 Justice Jose Midas P. Marquez takes his oath as the 192nd Associate Justice of the Supreme Court before Chief Justice Alexander G. Gesmundo at the En Banc Session Hall this afternoon. Looking on are (from left) his brother-in-law Ed Lingao; his sister Esther Lingao; his son Augusto Luis; and his daughter Marinela Andrea. Justice Marquez’s appointment completes the 15- member roster of the SC. (Masks removed for photo purposes.) Photo from SC-PIO

This was confirmed by the Office of Executive Secretary Salvador Medialdea on Tuesday.

The appointment letter addressed to Chief Justice Alexander Gesmundo dated Sept. 27, 2021, was received by the Supreme Court on Nov. 16.

On Tuesday, Marquez officially took his oath before Gesmundo as the 192 Associate Justice of the Supreme Court.

Marquez has been aspiring for a high court seat since 2017. In 2018, his Supreme Court bid was opposed by Davao City Mayor Sara Duterte.

The Integrated Bar of the Philippines (IBP) welcomed Marquez’ appointment.

“His appointment to the high court is an acknowledgment of his long-standing service to the Supreme Court…Supreme Court Associate Justice Marquez will have fifteen years to work with other members of the Supreme Court,” IBP National President and 25th Chair of the Board of Governors Burt Estrada said.

“We trust that as a magistrate now of the High Court, he will continue to support and pursue the long-overdue reforms needed in the judiciary, not only in terms of jurisprudence but, institutional as well, especially in the areas that will advance and protect the rights of our people, the majority poor especially,” Zarate said.