Red tide alert up in Bohol 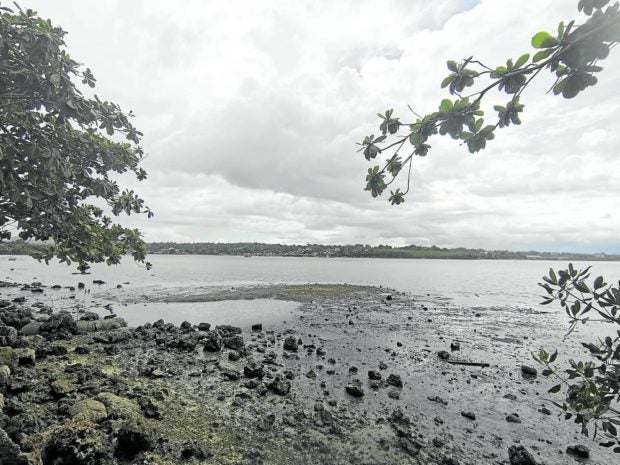 TOXIC CONTENT The coastal waters of Tagbilaran City, Bohol, look serene at low tide but its water has toxic content. Consumers are warned against the consumption of shellfish collected from this area due to the presence of red tide toxins. —LEO UDTOHAN

TAGBILARAN CITY—The Bureau of Fisheries and Aquatic Resources (BFAR) has warned the public that the coastal waters in Dauis town and Tagbilaran City in Bohol province tested positive for red tide and deemed its shellfish unsafe for human consumption.

In its bulletin, the BFAR office said its latest test results showed that shellfish in the coastal areas of Dauis and Tagbilaran contained paralytic shellfish poison beyond the regulatory limits and advised the public against gathering and consuming mussels, clams, scallops and oysters from these areas.

But fish, squid, shrimp and crab taken from these areas are safe for human consumption provided they are fresh, washed thoroughly and their internal organs discarded before cooking, the BFAR said.

According to the BFAR’s Fisheries Resources Management Division, symptoms for paralytic shellfish poisoning would usually take place within 30 minutes. Reactions included tingling, first in the lips and tongue, spreading to the face, neck, fingertips and toes. Common symptoms include headache, dizziness and nausea. In severe cases, people who consumed the toxins may experience muscular paralysis and respiratory difficulty within five to 12 hours.