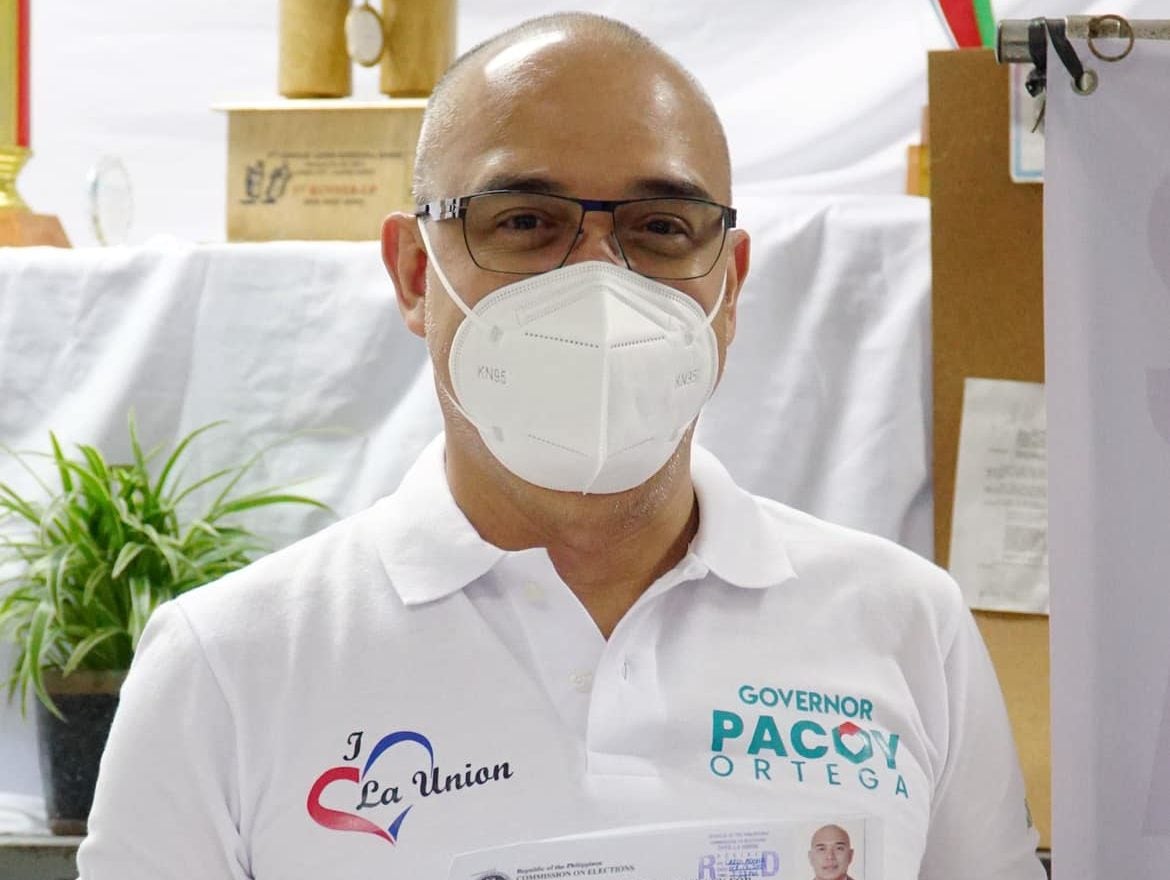 LAOAG CITY, Ilocos Norte — After withdrawing his candidacy for reelection as La Union governor, Francisco “Pacoy” Ortega III formalized on Saturday, November 13, his bid to run as mayor of the capital city of San Fernando, the Commission on Elections (Comelec) said Sunday in a social media post.

Ortega is running under the banner of the Nationalist People’s Coalition.

Ortega withdrew his reelection bid f on November 9. He will be substituted by his daughter, Raphaela Veronica Ortega-David.

David also withdrew on Tuesday her candidacy to run as a member of the La Union provincial board representing the province’s first district.

Ortega will be facing incumbent San Fernando Mayor Hermenegildo ‘Dong’ Gualberto who is seeking reelection for a third term.

Gualberto broke the hold of the Ortegas in San Fernando City when he beat former mayor Jane Ortega in 2016.

In 2019, an elder Ortega, Jose Ma. Pepe, ran but failed to unseat Gualberto.

Both the Ortega and Gualberto camps have yet to release official statements.