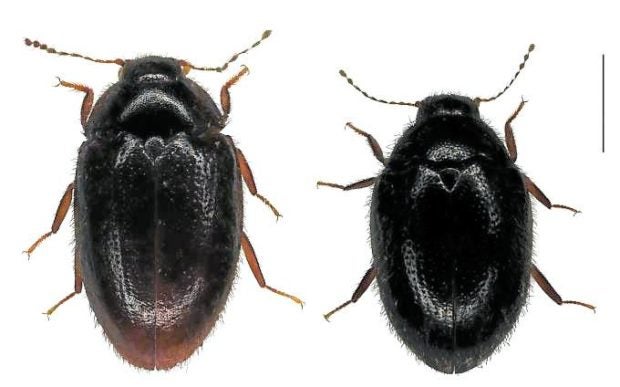 MANILA, Philippines — Researchers have recently discovered in the country two new types of beetles belonging to the Byrrhinus species, the first time in nearly three decades that new members were added and catalogued as part of this insect family.

The discoveries were made in Negros Island by Emmanuel Delocado and Hendrik Freitag of the Ateneo Biodiversity Research Laboratory of the Department of Biology, whose study announcing the find was published on Nov. 10 in the international scientific journal Zookeys.

Delocado and Freitag named one of the two new species Byrrhinus villarini, after Fr. Jose Ramon Villarin, former president of the Ateneo de Manila University and current executive director of the Manila Observatory.

It was in recognition of the Jesuit priest’s ardent support for the environmental research agenda in the Ateneo during his nine-year term as its president, they said.

The other species, Byrrhinus negrosensis, was named after the island of Negros, from which both species were collected.

The discovery was also the first on record of a Byrrhinus species found in the Visayas region.

Samples of the dark, round-bodied insects were taken for study from the banks of Casaroro River in Valencia, Negros Oriental, and from Pandanon River in Murcia, Negros Occidental.

For the researchers, their new findings bore more significance as they were made at a time of heightened anthropogenic activities or environmental damage or pollution caused by human activity—in the island of Negros, especially in local areas that are supposedly protected by law. 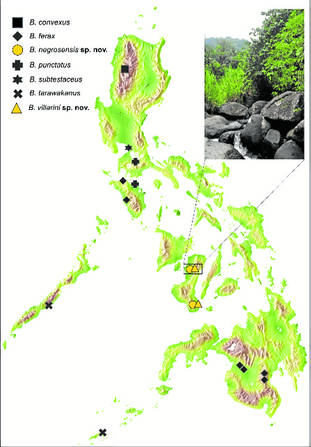 “Thus, findings like this provide an additional reason to push for the continued protection of such pristine localities despite the strong movement to privatize and commercialize these areas,” they noted.

The discovery was made in connection with the Ph.D. dissertation of Delocado, which he successfully defended on Nov. 9, with Freitag serving as his adviser.

The bigger B. negrosensis has a body surface of brown to dark brown, while the smaller B. villarini has a dorsal surface ranging from very dark brown to black.

B. villarini was smaller, with recorded length of between 2.1 and 2.9 millimeters, than B. negrosensis, which was found to be between 2.9 and 4.1 mm.

The latest discoveries brought the total number of Byrrhinus species found in the country to seven, in addition to B. convexus, B. ferax Wooldridge, B. punctatus, B. subtestaceus and B. tarawakanus Deléve, with the last three endemic to the country.

“This study demonstrates that sampling in one of the several islands of Visayas reveals previously undocumented entomofauna,” the researchers said.

Currently, the known distribution of Byrrhinus in the country is confined to Mindoro, Palawan, Mindanao and Tawi-Tawi, with many islands still under-surveyed.