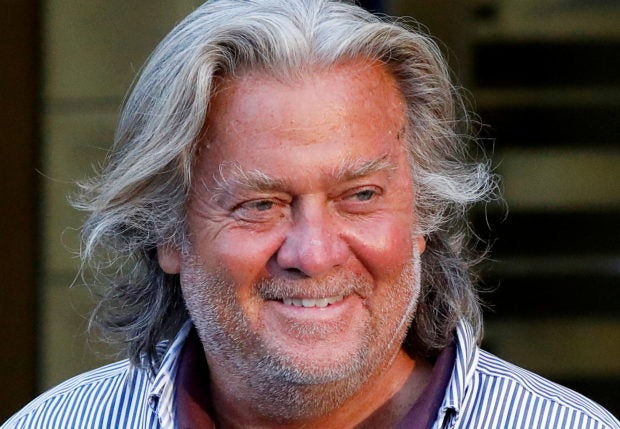 Stephen Bannon, a longtime adviser to former U.S. President Donald Trump, has been criminally charged for failing to comply with a subpoena issued by a House of Representatives committee investigating the Jan. 6 attack on the Capitol, the Justice Department said on Friday.

Bannon has refused to comply with the subpoena seeking documents and his testimony, citing Trump’s insistence – already rejected by one judge – that he has a legal right under a legal principle known as executive privilege to keep those communications confidential.

Contempt of Congress is a misdemeanor punishable by up to one year in jail and a maximum fine of $100,000.

Bannon did not immediately respond to a request for comment.

“Since my first day in office, I have promised Justice Department employees that together we would show the American people by word and deed that the department adheres to the rule of law, follows the facts and the law and pursues equal justice under the law,” Attorney General Merrick Garland said in a statement. “Today’s charges reflect the department’s steadfast commitment to these principles.”

Bannon served as chief strategist for Trump in the White House after playing a senior role in his 2016 election campaign. Bannon remained an adviser to Trump even after he departed his White House job in what was described at the time as a mutual agreement.

The Democratic-led House of Representatives voted 229 to 202 on Oct. 21 to hold Bannon in contempt of Congress, with nine Republicans joining Democrats to recommend charges against Bannon.

Most of Trump’s fellow Republicans in Congress opposed creating either an independent commission or a select committee to investigate the events surrounding Jan. 6.

On that day, a mob of Trump supporters rioted at the Capitol in a failed bid to prevent formal congressional certification of President Joe Biden’s election victory over the businessman-turned-politician. Before the riot, Trump had given a speech to his supporters repeating his false claims that the election was stolen from him through widespread election fraud and urging them to go to the Capitol and “fight like hell” to “stop the steal.”

The Jan. 6 Select Committee has said that Bannon made public statements suggesting he knew ahead of time about “extreme events” that would take place on Jan. 6. Bannon said on a Jan. 5 podcast that “all hell is going to break loose tomorrow.”