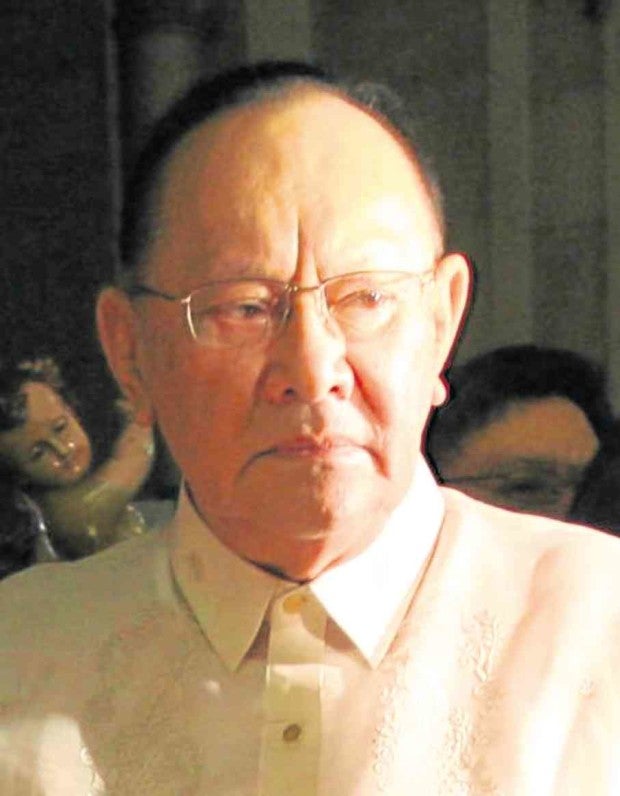 MANILA, Philippines — The Supreme Court has dismissed six civil cases for the recovery of ill-gotten wealth against the late tycoon Eduardo “Danding” Cojuangco Jr., who was a close associate of dictator Ferdinand Marcos, on grounds of “inordinate delay” due to the failure of the Sandiganbayan to set these for trial for 32 years.

In a 28-page ruling, the Supreme Court’s Third Decision also barred the antigraft court from further proceeding with these cases, which were filed by the Presidential Commission on Good Government (PCGG) as early as 1987.

The ruling said Cojuangco’s constitutional right to due process and speedy disposition of cases was violated due to the Sandiganbayan’s delays in hearing them.

“The inordinate delay attending the cases is primarily due to the Sandiganbayan’s vexatious, capricious and oppressive delays in the resolution of pending motions in the subject cases and to its patently unreasonable and baseless refusal to proceed to trial in utter disregard of petitioner’s constitutional rights,” according to the decision.

The Supreme Court said the delay, “especially the long periods where no pretrial orders were issued or no trial was calendared, may have made the situation worse” for Cojuangco and other respondents in the cases.

“Memories fade, documents and other exhibits can be lost and vulnerability of those who are tasked to decide increase with the passing of the years. All of these pales in comparison to the infringement of rights, the resources—of the government especially and also of the respondents—that have been wasted; and significantly, the faith of our people in the ability of the respondents to identify, prove and recover alleged ill-gotten wealth,” the high court said.

The decision was dated April 28 and uploaded to the Supreme Court website on Thursday.

The decision resolved the petition for prohibition filed by Cojuangco in 2019, a year before his death at age 85. He had accused the Sandiganbayan of allowing the cases to remain pending for 32 years (from 1987 to 2019), never even reaching the trial stage.

He raised the issue of delays in the proceedings in 2003 and asked that trial be scheduled.

The PCGG cases involved the creation of companies as well as purchases and disbursements from the coco levy funds, behest loans and contracts, and the acquisition of Pepsi-Cola. The decision did not mention the amount or the value of the assets being sought by the PCGG to be recovered.

In 1999, the Sandiganbayan divided the PCGG complaint into eight cases, two of which were later resolved, leaving six that were the subject of Cojuangco’s petition.

From 2013 to 2015, he filed motions to dismiss five of these cases on grounds that his constitutional right to due process and to a speedy disposition of cases was violated. These were all denied by the antigraft court.

Cojuangco also filed a motion to have the six cases included in the Sandiganbayan’s court calendar, but it was not acted upon and the cases remained idle.

“The fact that 32 years has elapsed from the time of the filing of the original complaint and 24 years from the subdivision thereof without trial proper being commenced, on its face, constitutes delay by any reasonable standard,” the Supreme Court said.

The tribunal also recognized that the antigraft court’s inaction for over 30 years had placed Cojuangco “at a disadvantage in fully preparing and presenting his case.”

It also took note of his deteriorating health at the time he filed the petition for prohibition in 2019, and that he passed away even before it was resolved.

“That he is not in the position to defend himself now or that his defense has been greatly prejudiced by the delay or passage of time is very obvious,” the Supreme Court said.