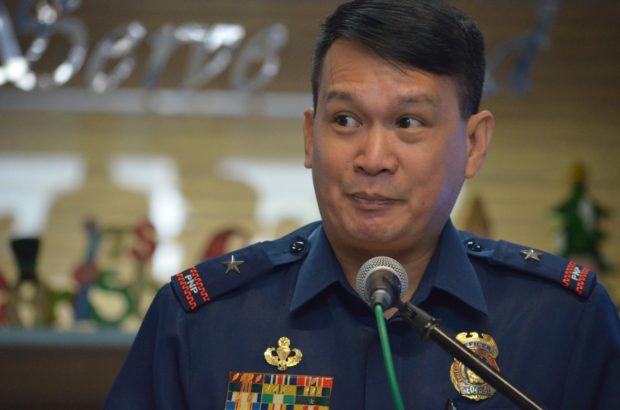 MANILA, Philippines — Police Lt. Gen Dionardo Carlos on Friday vowed to continue the Philippine National Police’s (PNP) campaign against illegal drugs by launching what he termed the operation “Double Barrel finale” as he formally assumed his post as the 27th police chief of a 220,000-strong police force.

This was related to the Oplan Double Barrel, which had been the PNP’s flagship project during President Rodrigo Duterte’s war on drugs.

The government’s weapon against war on drugs consists of a “double barrel:” the Oplan High-Value Target to come after big time drug sellers, while the other one is Oplan Tokhang, which targets small time drug pushers.

“We will improve these programs as necessary and introduce further reforms as needed as we strive to make more potent these tools against crime and illegal drugs,” Carlos said in a speech during the change of command ceremonies in Camp Crame.

This was in line with Carlos’ four-point action program which vowed to continue the organization’s programs on anti-criminality, anti-illegal drugs, and anti-corruption; develop and empower  the area police commands; ensure peaceful and orderly 2022 elections; and to continue the policies, programs and projects of previous PNP chiefs.

“As our nation is once again turning a new page in its history with the forthcoming national elections and I now lead the PNP in ensuring the orderly and peaceful exercise of our people’s right to vote, We will focus on the task ahead to  Plan, Prepare, Perform for Peaceful Elections in May 2022,” Carlos also said.

The former police spokesman also vowed to strengthen the area police commands in preparation for the upcoming polls.

“We will further develop and strengthen our Area Police Commands to make our operations on the ground more focused and aggressive as we strive to further deny insurgents, terrorists and private armed groups the opportunity to sow terror in our communities,” he said.

“I commit the remaining months of my service to performing my mandate, to serve and protect my countrymen with all the effort I can muster and with a full and sincere heart for service,” Carlos concluded his remarks.