Bikoy Advincula held, questioned over deaths of 3 in Albay town 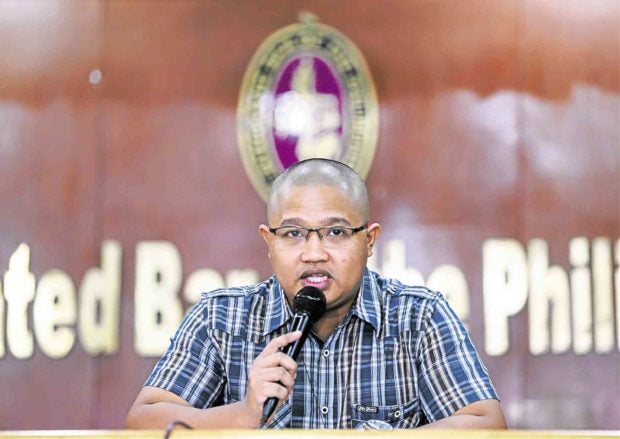 LEGAZPI CITY––Peter Joemel Advincula, alias Bikoy, the infamous whistleblower, who linked the children of President Duterte to narco politics, is now being questioned by the police in Albay province over the death of three persons from his native town of Donsol in Sorsogon.

The police said Advincula was held after a town councilor running for vice mayor of Donsol and two other local candidates for next year’s polls, were found dead Friday morning inside an “Ukay-Ukay’ (used clothing) store in Daraga, Albay.

Before they held Advincula, the police, through Major Maria Luisa Calubaquib, Bicol police spokesperson, had identified the victims as Councilor Helen Advincula Garay, Kareen Averilla, 44, and Xavier Mirasol, 61, all of Donsol.

A report said Garay was running for the town vice mayoral post, while Averilla and Mirasol were aspiring councilors under the United Nationalist Party (UNP).

In an earlier police report, a companion of the victims, Lalaine Herrera Amor, reported that her three colleagues went missing around midnight Friday, after a meeting with Bikoy Advincula about a Bongbong Marcos Movement campaign, in which the group was to be made coordinators.

The police said Bikoy Advincula allegedly called the police to report the three bodies found inside an Ukay-ukay store at the CAN Building in Barangay Busay, Daraga.

But police held Advincula after several witnesses claimed that he was seen at the crime scene before the deaths of the three women were reported.

Advincula gained infamy over his video “Ang Totoong Narcolist,” linking the Duterte children to the narcotics trade, an allegation that he recanted later.

The police could not yet issue details, as the scene of crime operatives were still determining the cause of deaths of the victims. INQ