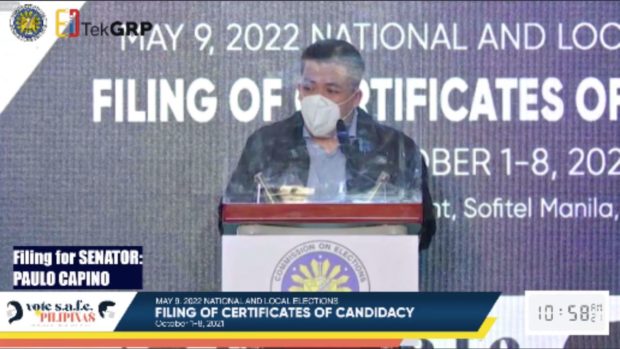 MANILA, Philippines  — Paolo Capino, a media practitioner and an advocate for persons with disability (PWDs), on Friday announced his withdrawal from the 2022 Senate race, saying his chances of winning are “slim to none.”

“Upon reflection and assessment, the chances of winning are slim to none. Partido Reporma will be strengthening its Senatorial lineup in the next few days. I will be going back to my media company Advocates Philippines as its CEO,” Capino said in a statement.

“I also recognize the need to introduce myself and my advocacies further to the Filipino people,” he added.

Capino filed his candidacy for senator with a pledge to push for the welfare of PWDs in the legislature.

(My only agenda is to improve the welfare of people like me who have disabilities.)