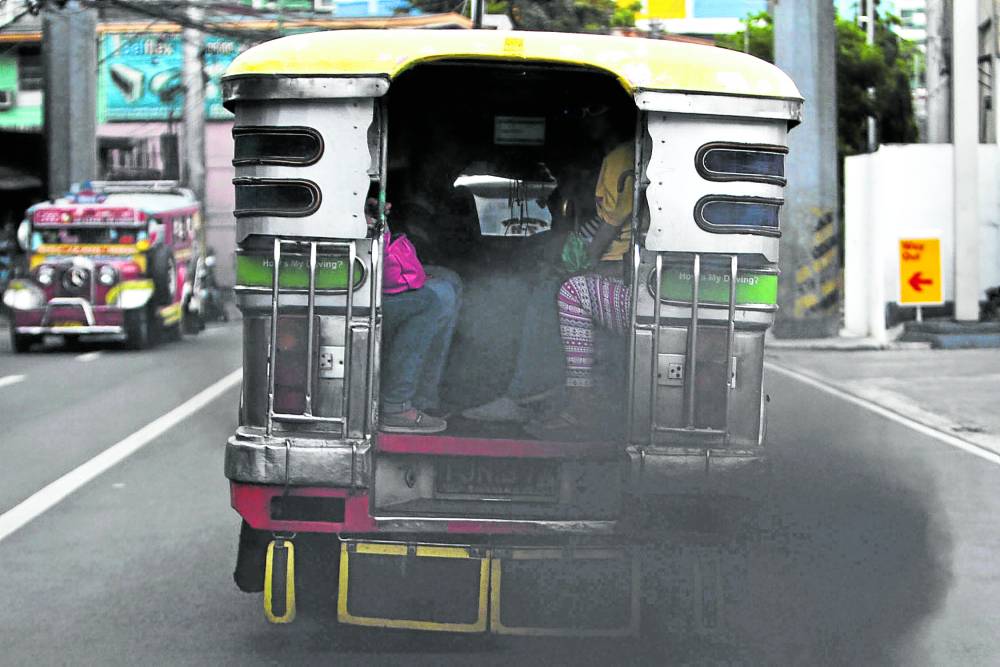 MANILA, Philippines — In a year, air pollution is costing the Philippines P4.5 trillion and causing tens of thousands of deaths, according to a new report assessing air quality since the implementation of the Clean Air Act 20 years ago.

The report, “Aiming Higher: Benchmarking the Philippine Clean Air Act,” was launched on Wednesday by the Center for Research on Energy and Clean Air (Crea) and the Institute for Climate and Sustainable Cities. It shows the degree of Filipinos’ exposure to air pollution and provides recommendations to improve the implementation of Republic Act No. 8749.

Among others, it examines the major sources of pollution in the country as well as domestic air quality policies to determine the health and economic impacts of air pollution.

While the levels of two major pollutants—fine particulate matter (PM2.5) and nitrogen dioxide (NO2)—have been falling since 2013, these are still consistently above the World Health Organization’s (WHO) “safe levels” of ambient air pollution.

The report finds that about 66,000 premature deaths from noncommunicable diseases and lower respiratory infections each year are directly linked to pollution.

This is because the current air quality is equivalent to smoking at least one cigarette a day, said Crea analyst Isabella Suarez.

The detrimental health effects snowball into economic costs that affect the health care and labor systems, she said.

“Air quality is not an abstract issue,” Suarez said. “Neglecting air pollution comes with a heavy bill in the form of increased health-care and welfare costs as well as loss of labor and economic productivity.”

Of the P4.5-trillion annual cost of ambient air pollution, 98 percent (P4.43 trillion) is lost on premature deaths that result in lost livelihoods and economic productivity.

As much as P53 billion is lost on years lived with disabilities that lower quality of life and economic productivity, and P24.7 billion is lost to work absences of sickened employees.

“Improved air quality would save millions of lives and trillions of pesos,” the report says. “If annual PM2.5 and NO2 ambient concentrations were improved to meet the 2005 WHO guidelines, the economic cost of ambient air pollution would decrease by 30 percent.”

The report recommends that the government implement the Clean Air Act faster.

It notes that while sources of mobile, stationary and area emissions have increased since the year 2000, emission-control policies have not kept up.

The Department of Environment and Natural Resources’ Environmental Management Bureau (EMB) said it was working on initiatives, including a nationwide project to gather real-time data from industrial sources.

Seventy firms now have continuous emissions monitoring systems, of which a third are now connected to the EMB Air Quality Network Operation Center.