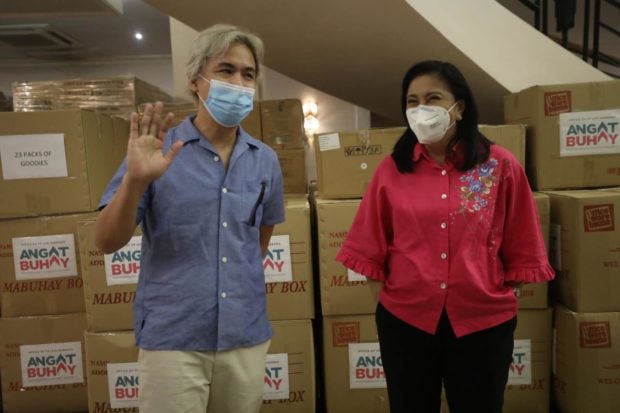 In a post on her Facebook page, Robredo shared photos of her and Buendia, along with the album given by the musician.

Robredo said that Buendia’s arrival shook their office, with many of her staffers are fans of the vocalist.

“Ely Buendia in the house!! Grabe, nabulabog opisina. He gave me this Eraserheads 25th Anniversary Limited Edition on vinyl,” Robredo said in her post.

Buendia, last September 28, deadpanned on Twitter that the disbanded Eraserheads band just might stage a reunion concert if Robredo will run in the 2022 presidential elections.

At that time, Robredo had yet to make up her mind on whether she would seek the presidency.

There were netizens however who noted that Buendia has a habit of referring to possible yet far-fetched things when asked about his former band — which had a cult following over the years — possibly reuniting again.

Buendia later on admitted in another interview that it was a mere joke that blew up, adding that he respects Robredo and is currently his top choice for president.