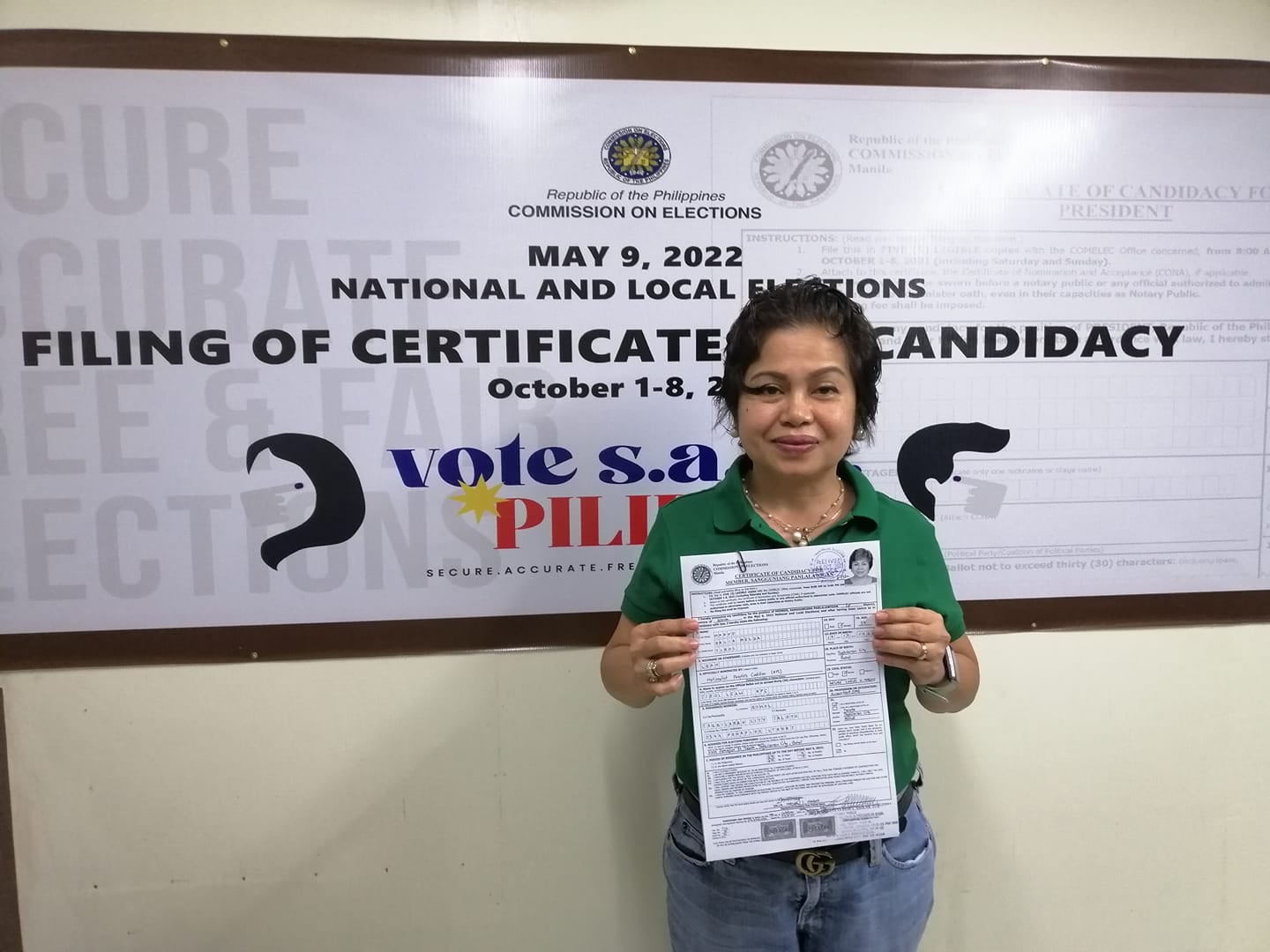 TAGBILARAN CITY––A candidate for Bohol’s first district board member has withdrawn her candidacy for the 2022 elections.

Leah Tirol, an educator and entrepreneur, withdrew her certificate of candidacy at the provincial Commission on Elections on Wednesday, Nov. 9.

Her lawyer Agang Columnas and husband, Arthur, accompanied her.

Provincial Election Supervisor Eliseo Labaria said the Comelec has until Nov. 15 for political parties to replace their candidates.

In a Facebook post, Tirol said she followed Davao City Mayor Sara Duterte-Carpio, who withdrew her candidacy for mayor on Tuesday.

“To my beloved supporters, I hope you will understand my decision. We’ll do it next time around. Take care and God bless us all.”

Tirol did not disclose more details about her decision.

A source said Dominic Butalid, the son of former governor Rolando Butalid, may replace Tirol, but the party has yet to issue an official statement.

Her desire to serve her fellow Boholanos convinced her to run for board member in 2010, but she lost.