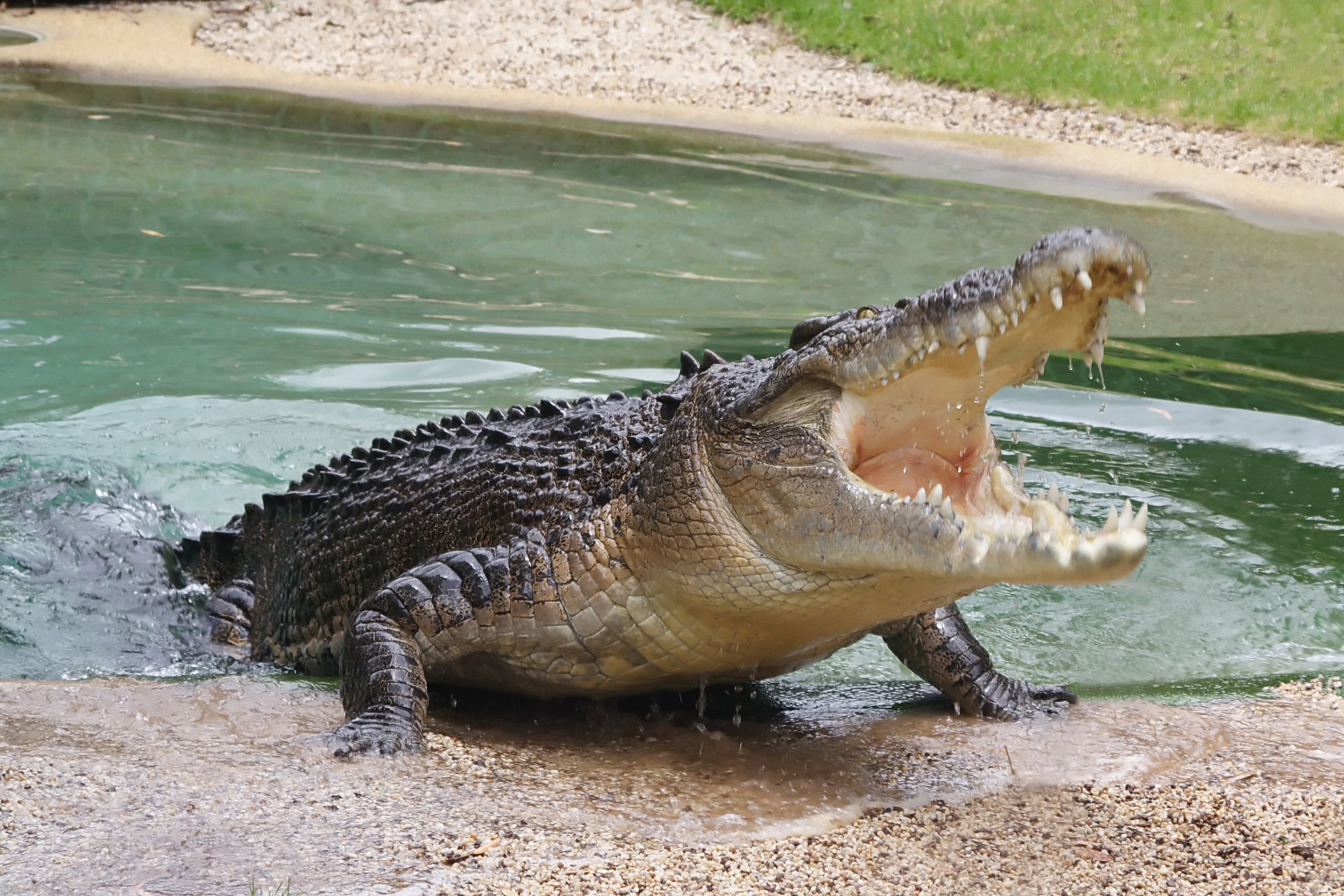 BRISBANE, Australia — A 60-year-old Australian man escaped the jaws of a large crocodile by stabbing it repeatedly in the head with his pocket knife as it dragged him into a river, local authorities said Wednesday.

After surviving the terrifying attack at a remote riverbank in Australia’s far northern Cape York Peninsula, the injured man drove himself to hospital, the Queensland state environment department said.

The man had gone fishing on his property last week near Hope Vale, about five hours’ drive from Cairns, and shooed away a bull from the riverbank so he could take over the spot.

Then, the crocodile struck.

“He described seeing the crocodile seconds before it lunged at him, knocking him over as he was about to cast his fishing rod,” the department said in a statement.

He grabbed onto the branch of a mangrove tree in a desperate attempt to stay out of the river as the crocodile’s jaws wrapped around his boots. But he quickly lost the tug-of-war and was pulled in.

“The man said that as he entered the water, he managed to retrieve his knife from his belt and stabbed the crocodile in its head until it let him go.”

The man then scrambled up the bank and drove to Cooktown Hospital for treatment. He was later flown to Cairns Hospital, where he is still recovering a week later.

Wildlife officers who interviewed him Tuesday confirmed that his injuries were consistent with a crocodile attack.

They would not attempt to capture the reptile — which was believed to be attracted to the area by the presence of the bull — because it is too remote.

Saltwater crocodile numbers have exploded since they were declared a protected species in 1971, with recent attacks reigniting debate about controlling them.

The “salties”, which can grow up to seven meters long and weigh more than a ton, are a common feature of the vast continent’s tropical north.

Known as “croc country”, the area sees attacks relatively frequently but they are rarely fatal, with locals and visitors warned to keep their distance from waterways.