2 men nabbed after selling handgun to cop in Angeles City 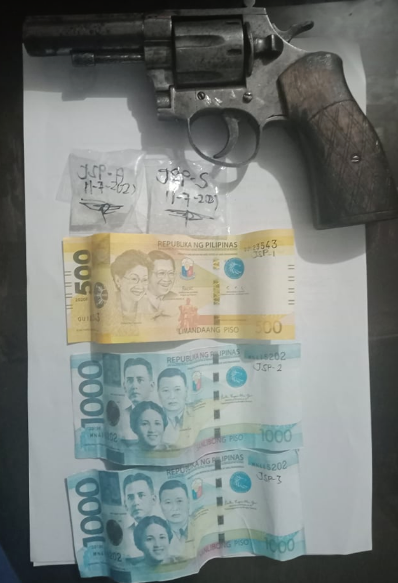 ANGELES CITY––Police in this city arrested two men who sold a .38-caliber revolver to an undercover agent in a sting operation Tuesday in Pampang village, the Central Luzon police disclosed.

In a statement, the Police Regional Office 3 said the arrested, Samion Bucay, 29, and Ansary Bucay, 28, were “high-value targets” in their drive against the proliferation of unlicensed firearms.

The police said they confiscated two sachets of “shabu” (crystal meth) worth P81,600 in the street market from the suspects.

The police also seized from the due the marked peso bills on top of the “boodle money” (play money) used in the transaction.