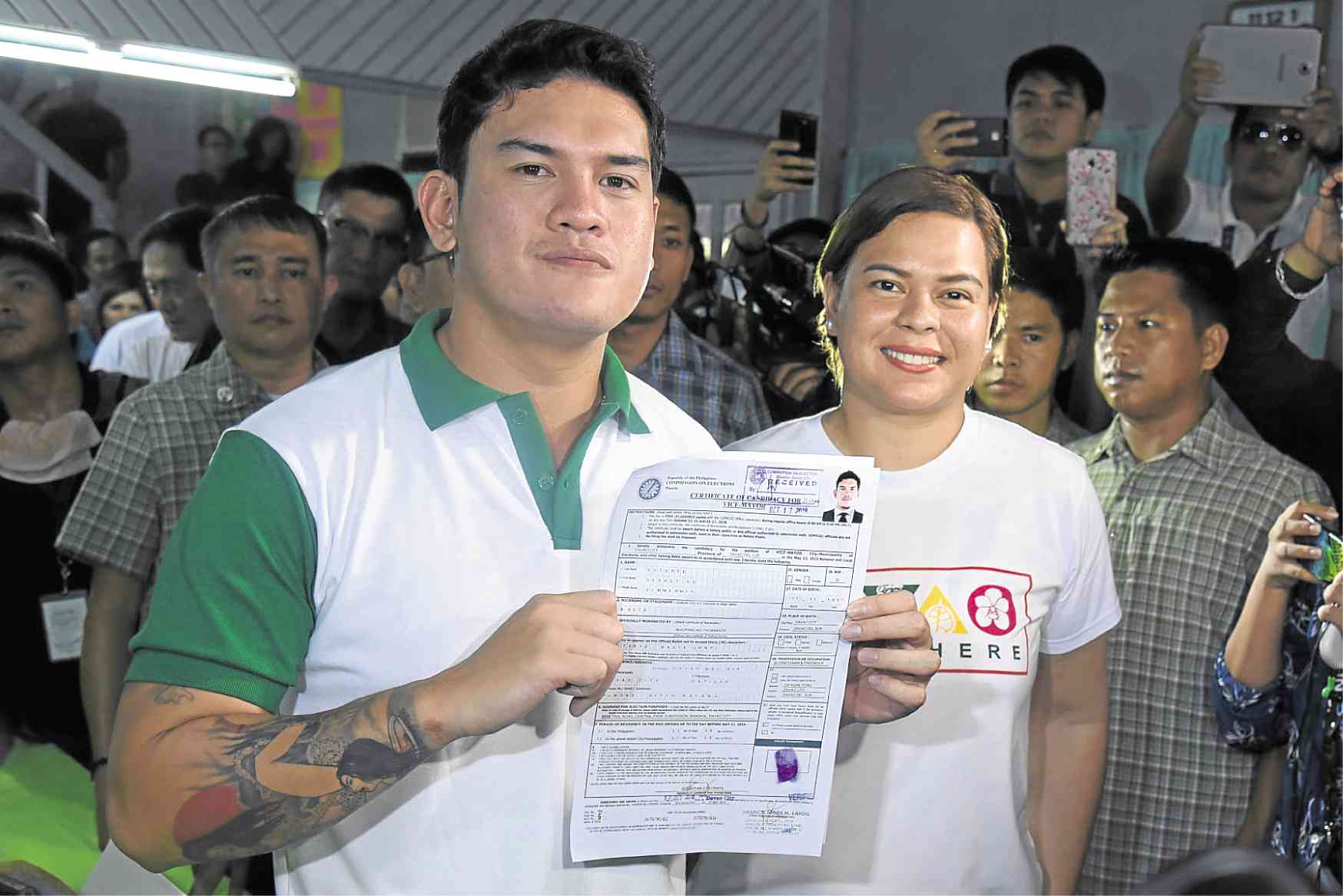 DAVAO CITY––Vice Mayor Sebastian ‘Baste’ Duterte has backed out from his reelection bid in next year’s election.

Duterte went Tuesday to the local office of the Commission on Elections in this city to withdraw his certificate of candidacy.

In a brief conversation with reporters, Duterte said instructions from his sister, Mayor Sara Duterte, prompted his decision.