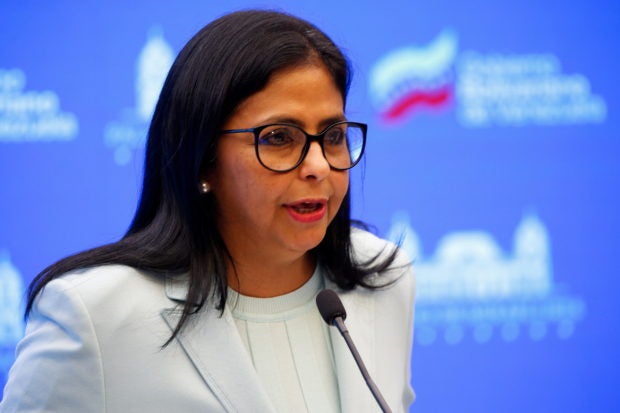 Cuba, a close ally of Venezuelan President Nicolas Maduro’s government, says its Abdala, Soberana 2 and Soberana Plus vaccines have an efficacy greater than 90%.

While Cuban officials say initial results are similar to those of other vaccines that significantly reduce transmission, severe disease and death, critics have complained that those results have not yet been peer-reviewed.

“In Venezuela, the use of the Soberana 2 vaccine, a Cuban vaccine, has already been authorized to vaccinate children between 2 and 11 years old,” Rodriguez said live on state television.

From a school in western Caracas, Rodriguez added that medical workers had started vaccinating children whose immune systems were compromised.

There are approximately 3.5 million children between 2 and 11 years old in Venezuela, according to Health Minister Carlos Alvarado, who accompanied Rodriguez on the live broadcast.

Venezuelan medical and scientific academies, as well as pediatric unions, have expressed concern about the use of Cuban vaccines, saying that information on their safety and efficacy has not been published in scientific journals and their quality has not been verified in independent clinical trials or approved by the World Health Organization.

Most of the vaccines doled out in the OPEC member nation have been the Russian Sputnik V and the Chinese-made Sinopharm and Sinovac, which arrived through the global COVAX program.

Maduro’s government has said that 70% of Venezuela’s 28 million people have been vaccinated and that it expects to reach 90% by the end of the year.

But the Pan American Health Organization (PAHO) says just 32% of the population has been inoculated.

Venezuela has reported 413,135 infections and 4,965 deaths due to the coronavirus pandemic.